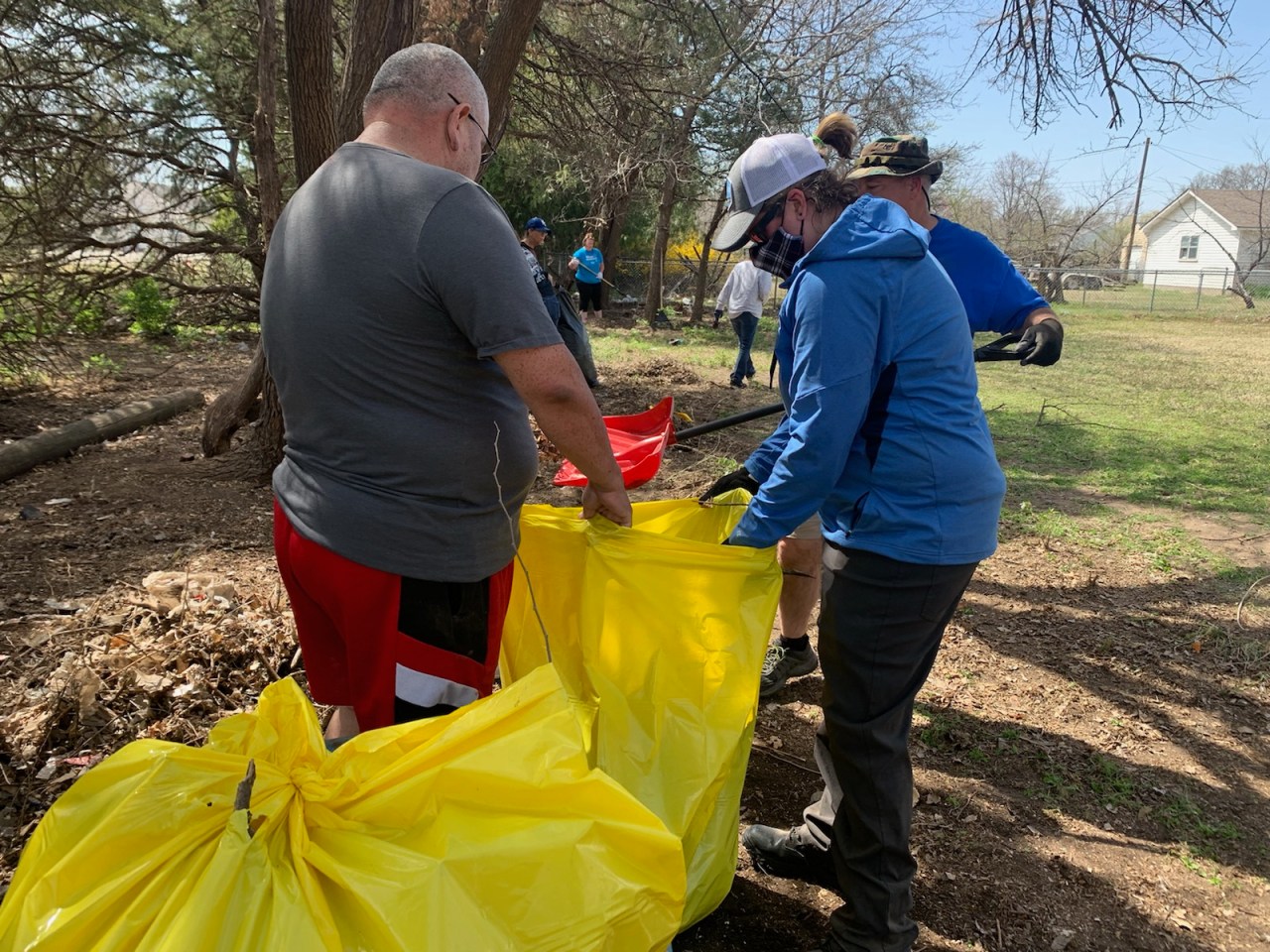 Volunteers join cops to clean up trouble spots in ICT

WICHITA, Kan. (KSNW) – A West Wichita neighborhood has witnessed drug use, a vacant home fire and a burglary in the past three weeks.

This weekend, the police asked neighbors to volunteer to clear the area.

Volunteers came out on Sunday to help.

“Not surprised this is happening,” Lt. Matt Lang said with the Wichita Police West Patrol. “People are going to help. All you have to do is ask.”

Officers said they wanted to see if anyone would be interested in clearing the area behind several houses, bordering a business.

The public access area has a row of trees where neighbors and officers say the kids used drugs. They also say that some homeless camps have left behind a lot of trash, including drug needles.

Some neighbors say it helps a lot to have volunteers.

“And I appreciate those guys so much,” owner Tressa Mashaney said.

Mashaney is not alone. Other neighbors have seen the problems recently and are happy to see the volunteers.

“I don’t know any of these people,” said Jana, who helped fill lots of trash bags with trash. “It excites me. It makes me happy. We’ve been trying to do this for a while, just to keep it safe is our main goal.

As chainsaws hummed and rakes cleared debris for trash bags, other officers said it was good to see volunteers taking over the area to fight crime.

“It’s really nice to be able to bring everyone together to do something good for the community for a good cause,” said Community Police Constable Darrin Williams of WPD. “It really makes you believe that we’re all here to help each other.”

Lt. Lang says the area is not known as a high crime area off West and Elm.

“With the audience diving in like that, it’s good to see,” Lang said. “Part of the problem was the overgrown trees. And just a ton of junk accumulated over years of process. The neighborhood tolerated them until we started having criminal activity in the area.