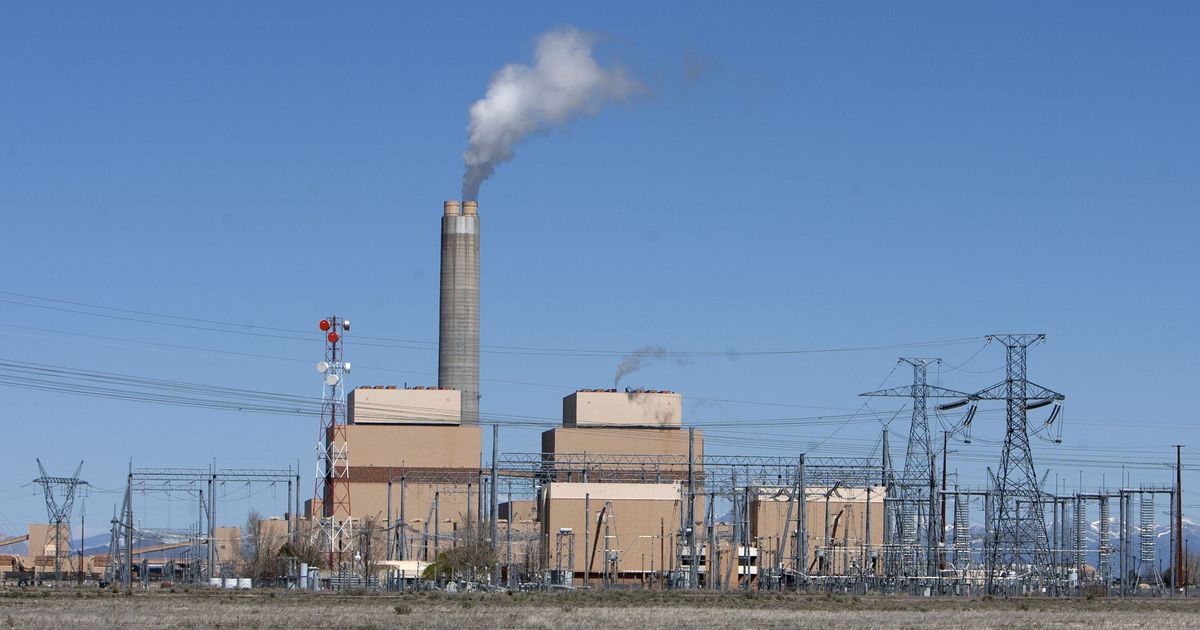 It is not a free market position to tell banks they must invest if the power gets dirty.

Republicans in Utah, always quick to portray themselves as free market advocates, are threatening to make life difficult for companies who want to make their own decisions about how to meet demand for electricity in the future.

Not that global banks and regional electricity distributors will notice what we have to say about it. It’s still embarrassing, and it likely means Utah is being left behind in a sustainable energy future it could have led.

The most recent attempt to put a thumbs up on the energy future ladder is a letter signed by Utah State Treasurer Marlo M. Oaks and State Auditor John Dougall to ” To Whom It May Concern in the US Banking Sector ”. These are the most recent treasurers, controllers and the like for now 15 states that essentially threaten CitiBank, Wells Fargo and Goldman Sachs that if they engage in a “boycott of traditional power generation”, those states will have to reconsider their policies. investments. or do business with them.

As if JP Morgan Chase boss Jamie Diamon was lying awake at night wondering where Utah, West Virginia, and Arizona were going to park their pension funds.

What is happening in the real world is that the big banks are under pressure – from governments, activist groups, their own shareholders and, most importantly, the energy market – to reduce or eliminate their role in financing coal mines, electricity to coal factories and oil drilling (especially in sensitive areas such as the Arctic and the Amazon).

The letter signed by Dougall and Oaks, on the letterhead of West Virginia State Treasurer Riley Moore, accuses the banks of moving away from coal as a political statement, pushed by figures such as John Kerry, the US climate envoy. And there is jawbone from this neighborhood.

But these Republicans’ faith in the free market is indeed very slim if they think Deutsche Bank, Credit Suisse and Barclays are going to make their investment decisions based on what a Democratic administration or the Sierra Club thinks. They are going to put their money where, in their expert opinion, the future is.

And, more and more, it is not coal.

A study published by CNBC documents that many banks, mainly in China and the United States, are talking green but still putting money in carbon, while others, led by French, Swiss and German banks, are going in the other direction.

Zurich-based mega-bank UBS issued a statement saying it was beginning “a multi-year process to reduce exposure to carbon-related assets.” Translation: Coal is risky and we are looking to get out of it. Not necessarily for the good of the planet, but to save our skin.

It’s more than short-term returns on investment or political pressure. A world where floods, droughts, fires, mega storms and snowless ski slopes become commonplace will not be good for business.

Many of those who buy a lot of electricity – like, say, the utility that powers the city of Los Angeles – tell their suppliers that they don’t want to buy dirty electricity anymore. This is why the large Intermountain Power Agency plant in Millard County, Utah, is starting a transition from coal to natural gas and hydrogen. Although it’s owned by a consortium of Utah communities, it sells 98% of its juice to Southern California. Where state law prohibits new electricity contracts with coal producers.

IPA says, “The customer is always right.” But a few weeks ago, the Utah legislature responded, “Screw the customer” and passed a surprise bill stripping the IPA of many of its legal privileges regarding state procurement laws and regulations. open files.

In general, we journalists are in favor of lowering any curtain that keeps decisions made by large, important operations like the IPA out of public view. But the legislature was clearly less concerned with transparency here than it is with punishing the IPA for its move away from Utah coal and toward less carbon-intensive forms of power generation.

The resolve of the Republicans in Utah to miss this train is striking.

Meanwhile, the city of Salt Lake City has joined with Park City, some ski resorts, the University of the Valley of Utah and others to launch a solar farm in Tooele County that will move the power source of municipal facilities from dirty coal to clean solar power.

Authorities in Nevada and Nebraska, among others, are moving their states toward clean energy goals.

Georges pyle, Opinion writer for The Salt Lake Tribune, is looking for a home powered by static electricity generated by cat fur.