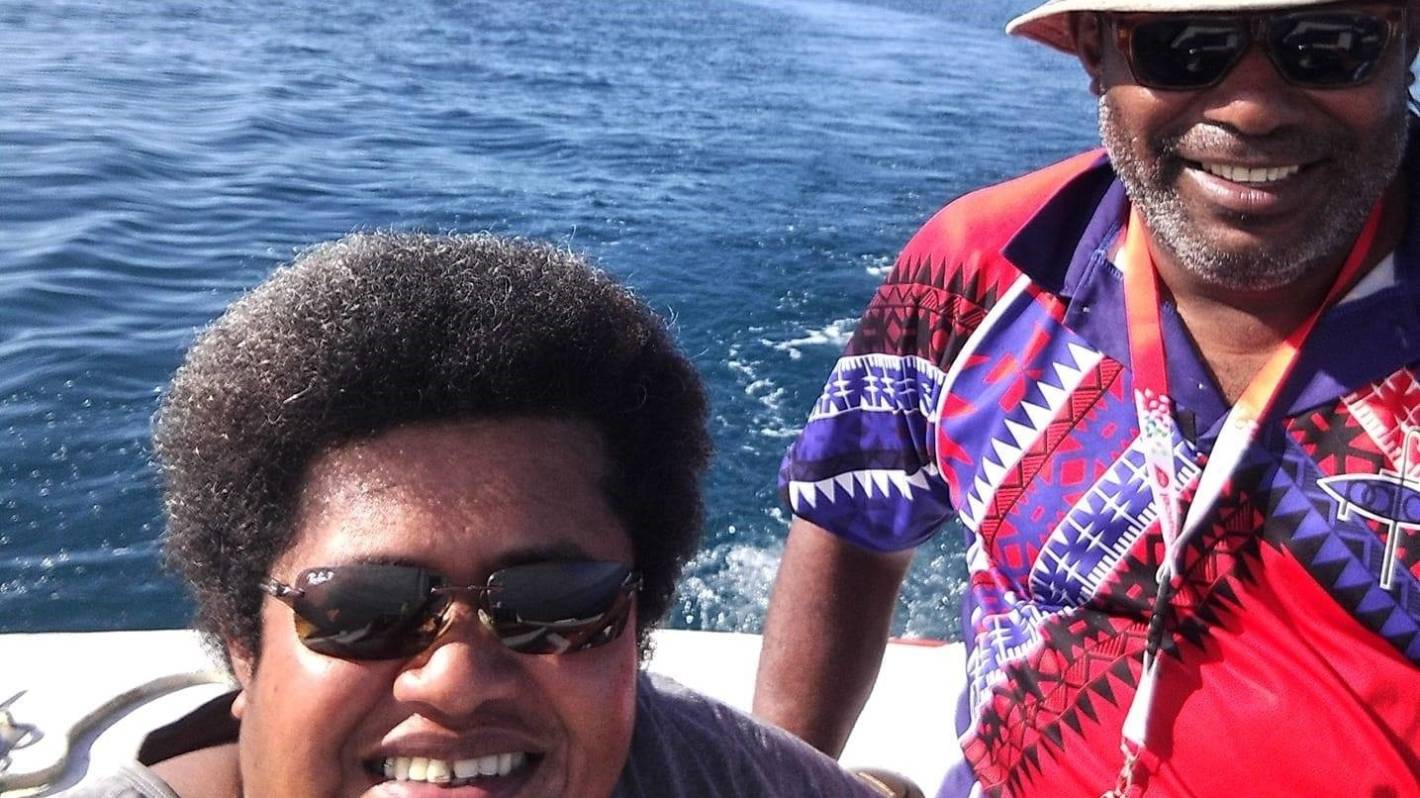 Tsunami in Tonga: a family survived the waves by attaching themselves to a tree

Lusiana Kikau clung to a tree trunk with her husband, Mosese Tagiveitaua, when tsunami waves hit Fafa Island, 7 km off the mainland of Tonga.

“We had been hearing eruptions all day, small ones, but the two big ones later that everyone heard, it shook us,” Kikau said.

“We ran to this tree – we were told that if anything happened this tree would save us. My husband tied my daughter on it, along with two other boys. I couldn’t climb the tree, so he tied us together on the trunk.

Two men who worked at the resort on the island joined them and together they clung on for life as strong waist-high waves enveloped them.

READ MORE:
* Tongans relieved as communications with loved ones affected by the eruption and tsunami are restored
* The underwater volcano northeast of New Zealand that may have caused a “significant” tsunami 6,300 years ago
* Most explosive eruption in 30 years, Hunga Tonga-Hunga Ha’apai rewrites tsunami rules

Their incredible survival story was one of many that leaked from Tonga a week after the Hunga-Tonga-Hunga-Ha’apai volcano erupted 65 kilometers off the Tongan capital Nuku’alofa last Saturday, throwing ash 20 km high.

The eruptions generated a tsunami that wiped out entire islands and destroyed villages in the Ha’apai group, as well as the west coast of the main island, Tongatapu.

The New Zealand Defense Force yesterday delivered supplies to the capital, including drinking water. More supplies will arrive next week.

The eruption of the Hunga-Tonga-Hunga-Ha’apai volcano on January 15 filmed.

Kikau, 45, said only five of them remained on Fafa Island, after hotel guests and other workers were evacuated.

On the day of the eruption, her husband, the captain of the boat, had returned from Tongatapu and told her of the strange things he had seen on the ocean.

“He said [it] didn’t seem right. I didn’t know what he was talking about, but he had been sailing these waters for years, he knew something was going to happen.

Kikau and his family have lived in Fafa for 17 years. She worked as a waitress in a bar and administrative employee, her husband managed the boat of the complex.

After the water receded, they pulled away, thinking it was safe.

“But more waves came, and we broke into a nearby house and took refuge there. It was so dark and cold.

Her husband left them to check the tree again, “just in case we needed to get back on it if the waves kept coming”.

Kikau said it was a miracle they survived, as solar panels and wave-blown debris could have killed them. They were evacuated to Tongatapu by a police boat on Sunday and have since been living with relatives.

“We lost everything, our house on Fafa was completely destroyed. We came back on Monday to try and salvage anything, there were pictures of my daughter we could salvage, but just the clothes we were wearing now.

All of Tonga was in complete blackout, electricity, internet and phone lines down for days. Power was partially restored to parts of Tonga and telephones on Wednesday evening.

Before the lines were cut, Mere Taufa, 36, spoke for the last time to her sister, who was in Nuku’alofa, buying produce from the market for their Sunday lunch.

After the eruptions, Taufa had taken refuge under their table with her other sister. She spoke briefly to Things, “I have to go, my sister she is not safe… my [phone] the battery is low, I’m sorry…”.

“I just needed to get in touch with her, to make sure she was safe. I was afraid that I couldn’t do it because my phone was about to die. At the first ring, she answered, thank God. She was on her way to my aunt’s house, she was safe… and then my phone broke.

Tafu Wolfgramm, who lives in Nuku’alofa, said parts of Tonga still had no electricity and the internet connection was down.

He said he was lucky because they had their electricity back the day after the tsunami.

“Everything is slowly getting back to normal, people are shopping for tomorrow…Sunday is always an important day here in Tonga,” Wolfgramm said.

In the aftermath of Saturday’s destructive event, stories of survival and bravery surfaced, including that of 57-year-old Tongan Aquaman Lisala Folau, who swam 28 hours from Atata Island to Tongatapu, after that the tsunami took him out to sea.

Iliesa Tora, a former Fijian journalist living in Nuku’alofa, said Tonga was lucky that the devastation caused by the tsunami was not as severe as in Japan and Thailand.

He said hospitals were inundated with people complaining of respiratory problems from the ash.

Shops were short of water jets and other cleaning equipment.

“We were told to wear masks when we go out, sunglasses to protect our eyes and hats too if we can,” Tora said.

People were mobilizing to help sweep the roads and help each other.

“But we need water, shops ran out on Monday and people were asking for water on the radio. Yesterday the government said it was safe to drink water from catchments. Water covered, which helped a bit.

Tora said that although life was slowly starting to return to normal, there was still uncertainty about future eruptions.

“I don’t think people feel safe, there are fears that the eruptions will happen again and an even worse tsunami will occur.

“What happened will at least help us prepare for what could happen again, and people are taking it very seriously now.”