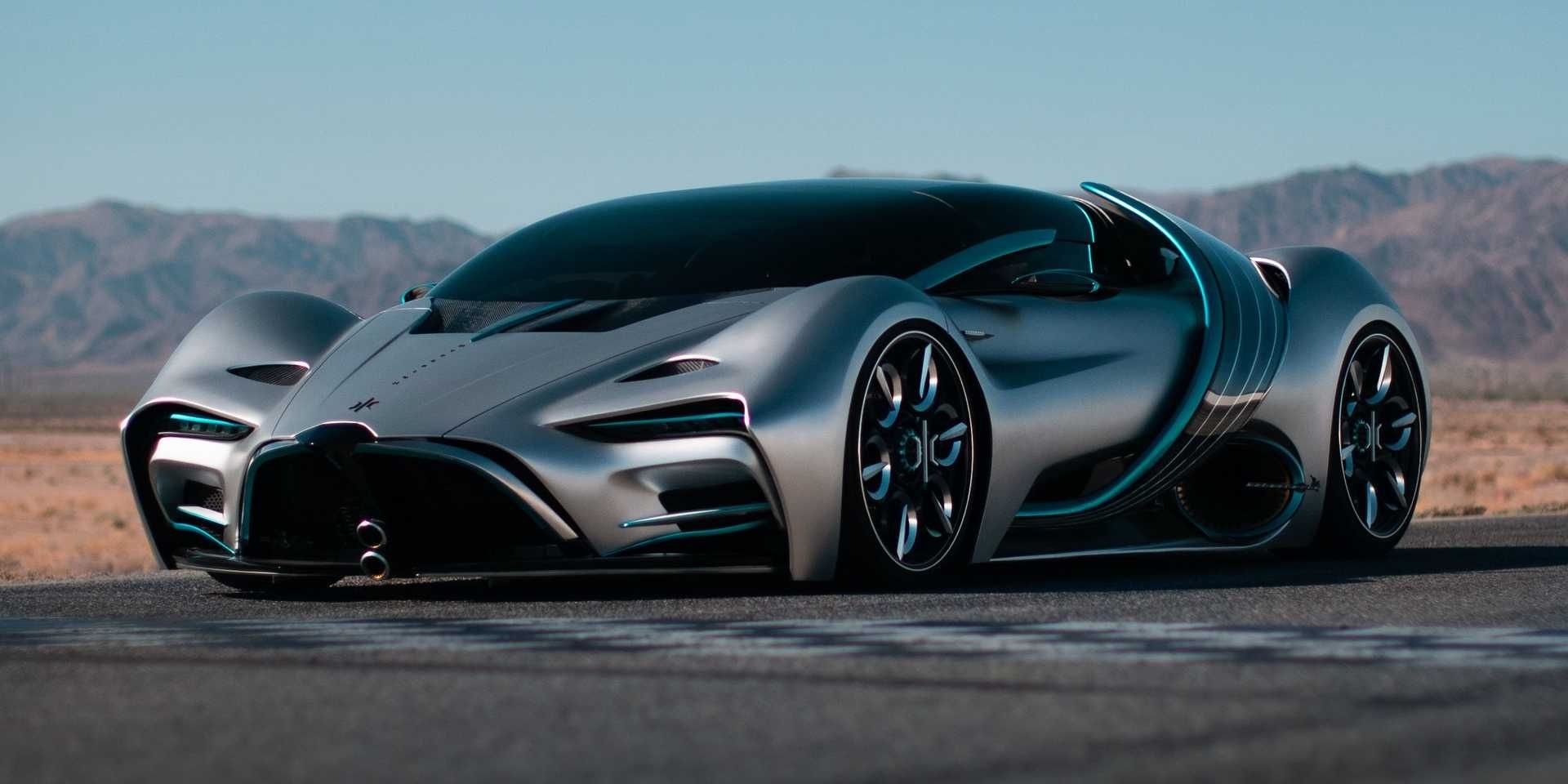 This is the coolest feature of the Hyperion XP-1

As a cutting-edge company built on three divisions: Hyperion Energy, Hyperion Motors and Hyperion Aerospace – all focused on hydrogen-powered energy and delivery, when announcing a vehicle launch, one s would expect the type of energy that would power it, what the market did not expect was the type of vehicle.

Although recently heated, the market for electric powertrain cars (both hydrogen fuel cell and battery powered) doesn’t have many big reps among supercars capable of hitting figures of over 200 mph. Nevertheless, concepts such as the one proposed by Hyperion show a new direction for this niche and draw the formation of a new market, with figures of weight, acceleration and cornering speed new and hitherto intangible.

The 10-year-old project is now emerging from its dormancy in the thinking heads of Hyperion engineers to reveal the possibilities of the hydrogen world. The Hyperion XP-1 model will feature an all-wheel-drive three-speed automatic transmission, with a 0-62 mph sprint in just two seconds, as well as a top speed of 217 mph.

While stunning and able to demonstrate a very fun facet of electric powertrains, these numbers aren’t the most impressive. Indeed, the best feature of the XP-1 is its lightness.

Add lightness to the XP-1

Despite its platform based on electric motors, the XP-1 differs enormously from the zero-emission sports cars we have on the market, and where is that difference? Guess. Weight. Comparatively, the energy density of the batteries that equip any electric car is several times lower than that of a car equipped with hydrogen fuel cells; thus, the XP-1 represents the start of a prospect that could go in the direction of weight reduction and increased power-to-weight ratio in fast green cars.

A battery car is powered directly by energy in the form it consumes, electricity, whereas a hydrogen car is powered by, well, hydrogen, which is then converted by the cellular system into a more energy mode easy to use. This architecture generates serious implications and discrepancies between the two systems; one of them is energy density, which represents how much energy a given system is able to carry using a given weight, which allows the hydrogen fuel cell option to go a long way lower on the suspended mass.

In addition to the already enlightened advantages of the hydrogen cell architecture, the Hyperion XP-1 utilizes the latest titanium-reinforced carbon fiber unibody construction. Realization of an ultralight chassis with an empty weight of 2,750 lbs. In comparison to some of our best-known modern fast cars, fitted with more common powertrains and energy storage systems, the Hyperion model takes an edge, beating, for example, some of the cutting-edge performance cars technology of that era, like the McLaren 720 (at 3,236 lbs) and the Ferrari SF90 Stradale (at 3,692 lbs) in terms of weight.

To make it more obvious, let’s pick a regular commuter car: a 2022 Toyota Corolla. With a powertrain that produces 139 horsepower and delivers 33 mpg, or 435 miles on the tank, the model weighs no less than 2,910 pounds. . It has almost the same weight as the Hyperion model, with much less prominence.

Speaking of the electric powertrain niche, the situation gets even better for the Hyperion model: one of the main issues we’ve discussed in this article before is the inherent weight of the battery electric vehicle architecture. The limitation of the energy density of these systems manifests itself even in our dearest ones.

As an example, a 2021 Tesla Plaid needs a curb weight of 4,766 pounds, about 25% of which is battery weight, to achieve a range of 396 miles. The Hyperion XP-1 should hit the 1,000 mile range, with nearly half the weight empty. It’s light, very light, and could have a big impact on the handling characteristics of the car.

RELATED: These Cars Have The World’s Craziest Power-to-Weight Ratios

What does the ability to be lightweight really mean?

Far beyond faster acceleration, being lightweight has many benefits. Adding weight to a model reduces the amount of traction available relative to the total weight of the vehicle. Traction increases as the vertical load on the tire increases. But one thing that’s important to understand is that the relationship between vertical load (or weight) and pull is not linear.

The important fact of this “not being linear” relationship is that as the load on the tire increases so does the traction, on the other side the forces acting on the car are linearly affected by its weight and increase so much more important. higher rate as the mass of cars increases. But what does that mean, anyway? Much faster cornering speeds, so with the right suspension setup, you can expect an XP1 to beat virtually any EV produced so far on a tight track.

Other advantages that can be demonstrated on a lighter model are less thermal stress during braking, and therefore, improved and long-lasting braking performance, and a general reduction in the wear of the suspension, tires, brakes. the monocoque and even the powertrain. Frightening examples of the kind of performance these hydrogen fuel cell-based platforms are capable of increasingly emerge, such as Forze racing prototypes like the Forze VII, produced by a team of academics from TU Delft University, which crushed Supercar Challenge Garage 56, a famous and competitive Dutch supercar challenge.

All of this leads to an inevitable conclusion: we are on the verge of a major inflection in the world of motorsport, and hydrogen cars have certainly had something to do with it, we couldn’t be more excited to see these rookies setting new limits. for the electric racing world.

This is what makes the Citroën SM such a wonderful car

A full-time car enthusiast in all shapes, colors and flavors, a mechanical engineer in his spare time. Familiar with automotive manufacturing, engine design and management, and general automotive culture, Romulo has been writing for HotCars since November 2021.