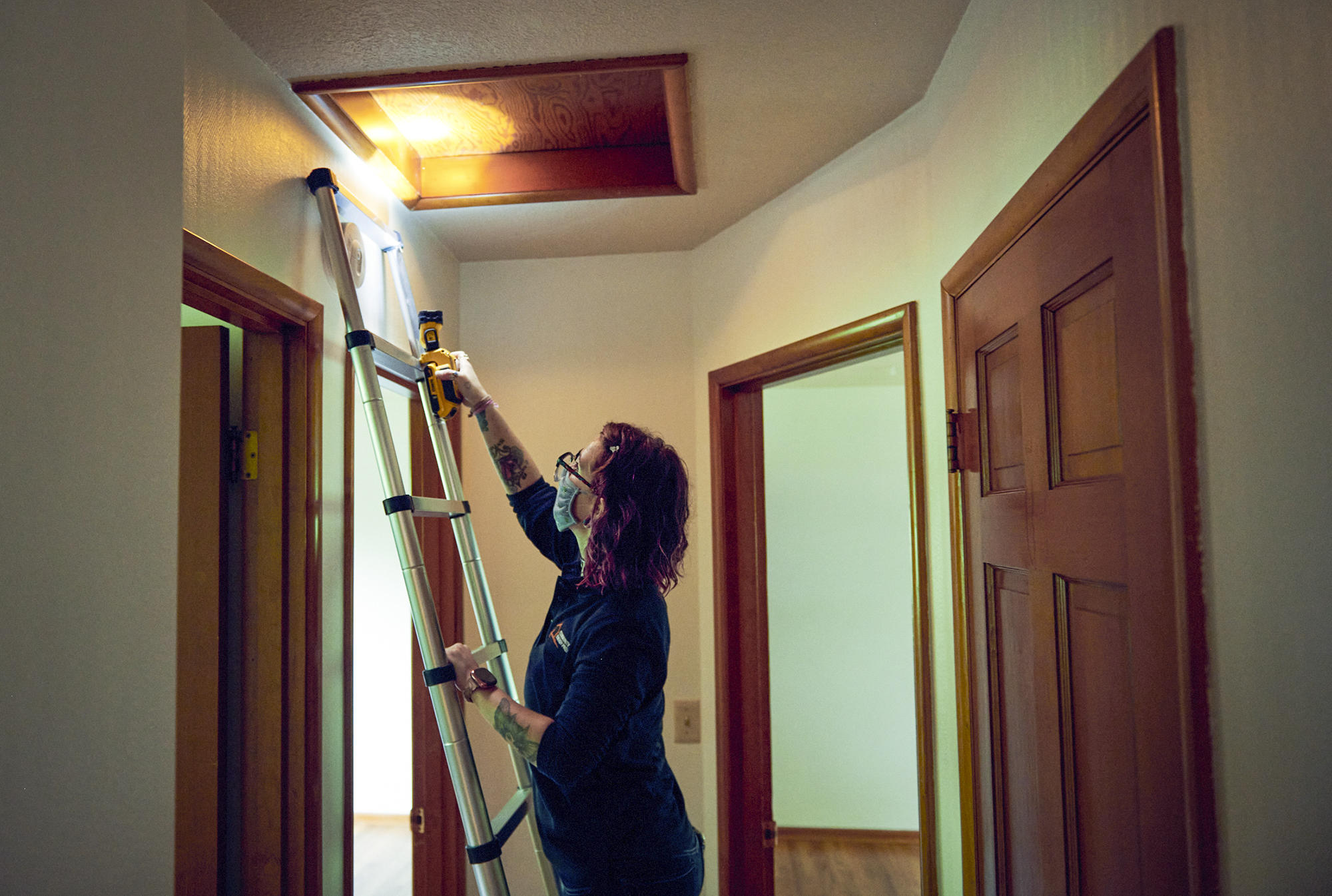 The banal frontier in the fight against carbon: renovating homes and buildings

The 1944 home in Portland’s Cully had no insulation and the family had to plug in a series of heaters to stay warm in the winter. And relying on a window air conditioning unit in the summer has pushed up the family’s electric bills to between $ 300 and $ 400 per month. Additionally, after Ramos injured his hand on the job at a recycling facility in 2019, he underwent four surgeries and physical therapy, often spending time at home and using even more electricity.

With funding from the Energy Trust of Oregon, an Oregon taxpayer-funded nonprofit, the Ramoses’ house was upgraded with an electric heat pump and weather protection last year without cool for the family. Public investment halved the Ramoses’ monthly electricity bills and improved their lives.

This report is part of Investigate WestGetting to Zero’s annual reporting initiative: Decarbonizing Cascadia. This the work is supported in part by the Investigative Journalism Fund.

“The heat pump system works wonderfully,” explains Ramos. “It keeps us very warm in the winter and cool in the summer, which I really believe has helped speed up my recovery.”

A new Portland program, the Portland Clean Energy Community Benefits Fund, funds this type of home improvement. Washington and British Columbia. The fund, which awarded its first grants this year, focuses on equity for low-income residents and communities of color.

Grants, rebates, and other incentives help modernize single-family homes and buildings on a case-by-case basis. But can programs like the one that helped Ramos make a significant difference in significantly reducing the region’s carbon emissions? It’s a question of scope, money and pace.

Making buildings efficient is crucial to Cascadia’s goal of getting rid of fossil fuels, in other words, decarbonization. Often overlooked, buildings only come after transportation as a source of greenhouse gases in Washington, Oregon and British Columbia. Residential and commercial buildings account for around 27% of Washington’s carbon emissions and about 21% of Oregon’s total carbon pollution. British Columbia reports that “buildings and community” produce about 21% of the province’s climate emissions.

And in the towns of Cascadia, especially those with robust transit systems, buildings are at the top of the list of climate offenders. Largely because natural gas is popular for heating and cooking, emissions from buildings are increasing rapidly; in Washington, building emissions increased 51% from 1990 to 2015. And buildings in Vancouver, BC are estimated to emit nearly 60% of that city’s carbon pollution.

The shift from gas and oil furnaces to electric heat pumps or inefficient electric baseboard heaters, as the Ramoses did, is key to reversing this trend. However, this progress depends on simultaneous efforts to develop renewable sources of electricity, such as wind and solar, as InvestigateWest reported in April.

In Washington, regulators set standards for cleaning commercial buildings. A program, implemented under the state’s Clean Building Standards Act 2019, sets efficiency standards to incent companies to make efficient upgrades that should pay off. While some cities, such as New York, have mandatory energy efficiency standards, Washington’s is the first statewide program of its kind in the United States.

Innovative policies will be crucial to accelerate the pace of electrification, reduce the cost of renovations and ensure a fair distribution of the financial burdens of this energy transition. Business as usual approaches will not allow Cascadia to meet its carbon reduction targets.

So that Washington is on the right track for its net zero climate objective – a wish not to release more greenhouse gases in 2050 than it captures – the use of natural gas in buildings must decrease by 14% by 2030. Today , however, residential gas usage is actually increasing. In March, British Columbia announced sectoral targets needed to meet its 2030 climate targets, with “buildings and community” needing the biggest reductions: 59% to 64% lower emission levels to those of 2007.

To achieve that scale of investment, says Manclark, Cascadia must move beyond a “piecemeal” approach that relies primarily on utility-based incentives and discounts to drive change. “Most of them have been well managed and are showing strong results. But it’s kind of the onesie-twosie approach, ”explains Manclark.

In other words, sticking to the status quo will take decades, a time that Cascadia does not have if it hopes to cope with forest fires, drought and heat waves brought on by the region’s climate. – and increased climate chaos in the world.