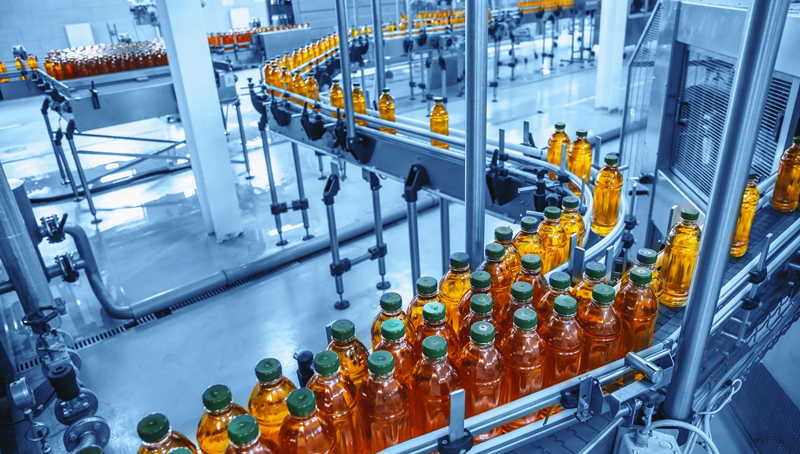 Survey: 3 out of 4 UK manufacturers focus on energy savings in their emissions reduction plans

The survey was carried out by industry body Make UK in association with Siemens in April. The results were first published this week in a new reportrevealing an increased appetite for post-lockdown emissions reductions, despite financial difficulties.

Almost half (46%) of respondents said their company is already implementing decarbonization plans, and a further 25% intend to start implementation within 12 months.

Overall, only 3% of respondents said that no decarbonisation-related activities had been undertaken within their operations during this period. This is down from 10% last year. Factors that may have contributed to this are the need to respond to the energy price crisis and greater clarity from government on the direction to take towards net zero, with several key policy packages having been published to coincide with the UK Presidency of COP26.

Regarding the price crisis, more than half of respondents agreed that the rising cost of energy has increased their motivation to reduce emissions. Three-quarters of respondents see improving energy efficiency as the primary goal of their decarbonization plans, as it is a quick way to reduce bills as well as emissions. 42% of respondents plan to install new or modernized equipment with the aim of improving energy efficiency, others may look to solutions based on behavior change or digital technology.

In addition, 39% of respondents consider on-site renewable energy generation a priority step towards reducing bills and emissions. “Wherever possible, manufacturers will choose to produce their own energy, which may or may not cover all their needs,” the report notes.

Besides the response to the energy crisis, one of the main drivers of the motivation for decarbonization has proven to be the rising cost of raw materials. Three in ten respondents said their company is already implementing changes to improve resource efficiency.

Other main motivations for reducing emissions were found to be “doing the right thing” and responding to changing consumer demands. Government strategy was a motivating factor for only 7% of survey respondents, but government requirements related to compliance were reported by 22%.

Note that only 8% of respondents rank carbon capture technologies as a “key path” for decarbonization, to be prioritized this year. The proportion is 7% for hydrogen.

This is perhaps to be expected given the costs associated with these emerging technologies. When asked to describe the main barriers to their organization’s decarbonization efforts, 43% pointed to the cost of upgrading and replacing equipment. 31% worried about not staying cost competitive and 31% worried about the cost of switching fuel. Make UK said it found this “unsurprising”.

The Energy Security Bill was introduced in Parliament last week and will launch the formal introduction of a business model for carbon capture and low-carbon hydrogen. This aims to reduce the risks associated with start-up investments in these sectors, which will need to grow rapidly to meet the government’s own objectives. 10 GW of blue and green hydrogen production capacity by 2030 is the overarching goal in this space. On carbon capture, the key vision is the creation of four industrial clusters using these technologies – the first of which should see the light of day this decade, contributing to the capture of at least 20 million tonnes of CO2 per year by 2030.

Some manufacturers are already investing in these technologies as pioneers. Those using hydrogen-powered processes include Quorn Foods, Jaguar Land Rover, Kelloggs, PepsiCo, Unilever and Pilkington Glass.

Make UK has also documented a wide lack of awareness on how to access government funding for decarbonisation schemes. 31% of respondents said they did not have access to sufficient funding, external and/or internal.

Yet less than a fifth of respondents said their company was aware of and used the tax benefits available to all energy consumers. Of those who met the requirements for tax breaks for energy-intensive businesses, 38% were unaware of the opportunity. Many of those in the know had tried to apply but failed or postponed their application until this fiscal year.

And, on grants and government funds, only 10% of survey respondents said their company had applied successfully. 25% intend to apply within 12 months. The report includes a table of government support available and how to access these programs and also calls on the government to go further.

Stephen Phipson, Managing Director of Make UK, said: “To stimulate investment in decarbonisation projects, [the] The government should introduce comprehensive spending on green technologies and extend the R&D tax credit to include industrial decarbonisation.

“The Help to Grow program should be extended to Help to Grow Green, which would support companies on their decarbonization journey and stimulate green investments.

“Businesses should also be encouraged to invest in on-site energy generation, where surplus can be added to the national grid to improve UK energy security.”

© Faversham House Ltd 2022 edie news articles may be copied or transmitted for individual use only. No other reproduction or distribution is permitted without prior written permission.

Newhouse in Inslee, Murray: ‘Our communities cannot afford to break through and remove the dams on the Lower Snake River’

With over 10 years of experience in the industry, X-Act Care continues to provide affordable, professional and top quality cleaning services.