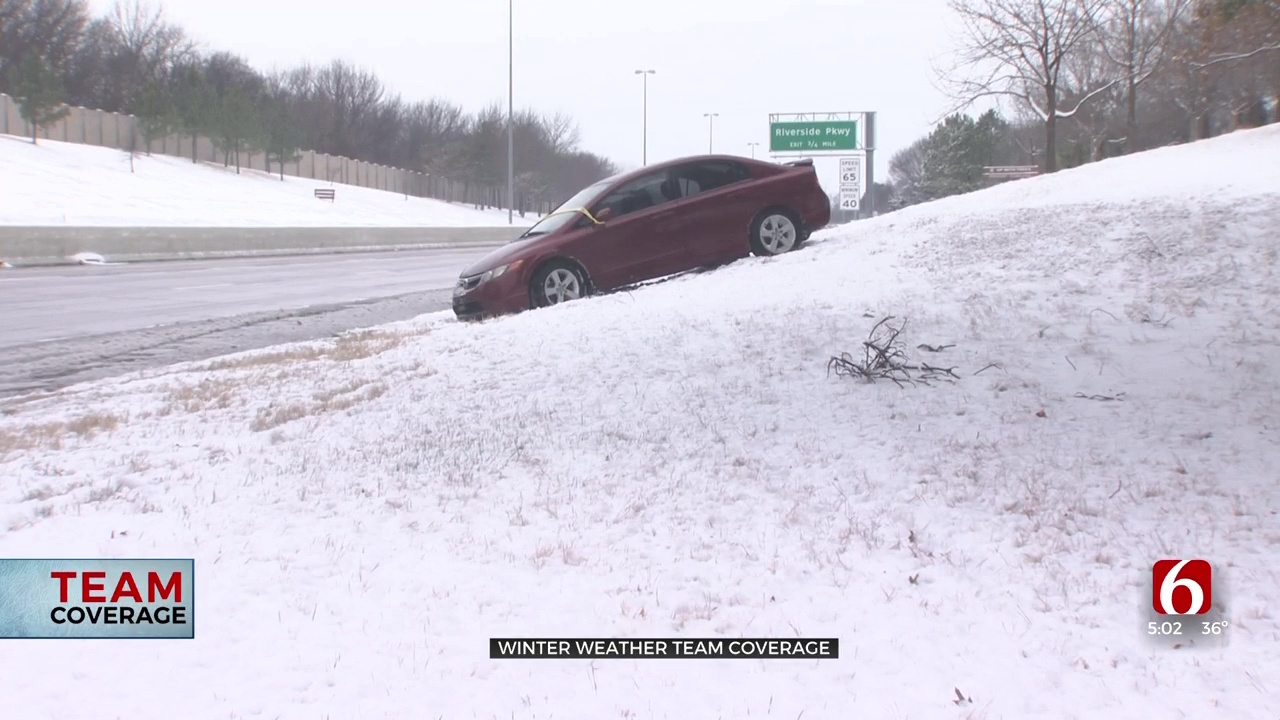 Several cars abandoned on the highways after a winter night

The sleet caused more wreckage throughout Green Country and there were many abandoned cars on the highways. Drivers say the roads have improved a lot over the past few hours, but earlier today that was a different story. There were several shipwrecks on Friday.

A tractor-trailer rolled over in Henryetta and there was another accident near Muskogee.

“On the way from Owasso to 91st I saw at least 5 if not 10 cars in the median,” said Paul Nosack. “And there last night it was freezing, so the bridges are frozen.”

Paul Nosack took his daughter to the airport early Friday and said it was a scary ride. He said he even had a fall.

“In fact, I already fell on the ice this morning, look at that! said Nosak. “Yeah, right there– my shoulder, my hip, my underwear is still wet.”

But once the snow stopped, the roads cleared up a bit.

“I woke up early,” Ethan Erway said. “The first thing I did was open the blinds and see if this actually happened.”

Ethan Erway was out near 15th and Lewis for a cup of coffee. He said he had no problem.

“I’m heading to Doubleshot for coffee and meeting some friends,” Erway. “The roads are fine. It hasn’t been cold enough to stay cold, so nothing sticks.”

One thing everyone could agree on is that they are ready for spring.

“I’m a disc golf fan, and this weather isn’t a lot of fun to play,” he said. “I’m excited to be back in the parks and playing disc golf.”

Police say they still saw many drivers speeding today and want to urge people to slow down whether it snows or not.