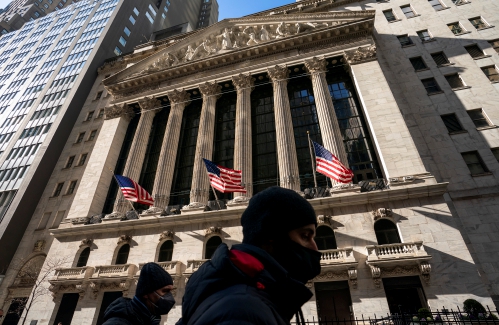 Families across the Granite State are feeling the pain of higher prices. According to recent data releases, consumer prices have increased by an average of 7% over the past twelve months. But averages apply to groups, not individuals.

Let’s start with energy prices. Gasoline prices have increased by about 50%. Gas service used to heat homes increased by about 24% while fuel oil increased by 41%. Why does this happen? It’s complicated, but let’s remember that Biden joined the Paris climate accord on his first day in office and canceled the Keystone pipeline soon after.

Since then, oil has risen dramatically. It’s not just energy prices that are rising. The prices of cars, food and furniture, to name a few items, are also rising. What the hell is happening?

Well, for the most part, supply and demand determine prices. So let’s look at both. We all know the pandemic has impacted global supply chains, with factories closing to comply with public health policies. It was a bigger problem in some industries, such as semiconductors, because chips are used in so many products. The disruption snowballed and spread rapidly. Stocks fell, shortages appeared.

The pandemic has also increased demand. People saved money that could otherwise have been spent on restaurant meals, vacations, or other services. And the government then gave a lot of money, allowing some people to stay on the couch while the economy reopened.

Bank accounts (and many waistlines!) have grown. And because the pandemic didn’t go away, consumers remained cautious: instead of doing things, we bought things. Many things.

Unsurprisingly, as supply decreased and demand increased, prices increased. Additional savings are being spent, so demand should moderate a bit. Resolving supply disruptions, however, will take some time.

The logic of just-in-time, most efficient and least expensive supply chains has proven vulnerable to shocks. Many companies are now converting to more resilient and adaptable just-in-case supply chain strategies. This means being less dependent on production in China (or elsewhere).

While there’s no easy solution here (just think how long it takes to build a semiconductor factory), dynamic business leaders adapt. The government should let the markets do their job and stay away.

This means that we will probably have inflation for some time. This is a problem because inflation is a hidden tax, which does not affect everyone equally. This hurts those on tight budgets. This happens because travel costs and grocery bills make up a larger portion of the budgets of low- and middle-income families. Inflation hurts the poor more than the rich.

Senator Rand Paul also noted that inflation also hurts small businesses. According to a report he wrote called “Inflation: The Hidden Tax”, 45% of small businesses said they took out a loan to cope with inflation pressures last year and 74% say inflation has had a negative impact on the financial health of their business. And let’s remember that small businesses are the backbone of New Hampshire’s economy.

So what can be done to ease inflationary pressure?

For starters, Washington needs to stop acting like a drunken sailor on shore leave. Uncontrollable expenses must be contained.

The Federal Reserve Bank of San Francisco noted that Biden’s $1.9 trillion U.S. bailout directly created inflation. Additionally, the president recently noted that “if price increases are what you’re worried about, the best response is my Build Back Better plan,” the administration’s plan to expand our welfare state.

What?! It seems the president is proposing to spend more money when there is an inflation problem caused by, well, too much money. Even the nonpartisan Congressional Budget Office notes that Build Back Better would increase the deficit by more than $150 billion, a move that could itself increase inflation. Don’t get me wrong, I’m all for supporting hard-working families, but can’t we do it without fueling inflation?

It’s not just fiscal sobriety that we need. We also need monetary discipline. The Federal Reserve has flooded the economy with money, reducing the value of every dollar in our pocket, which in turn drives prices up.

To clarify this, imagine you are one of 100 people in your town and there are only 100 widgets to buy and everyone has $100. The widgets would be priced at $100. Now imagine that everyone gets $50 more, but the offer doesn’t change. Each item would soon go from $100 to $150. Fortunately, the Fed has indicated that it will end the bond-buying program it uses to pump money into the economy. It can’t end soon enough.

We also need to rethink our climate policies. Let me start by suggesting a change of approach. Let’s put an end to climate alarmism. We can easily switch to cleaner energy sources by replacing coal with natural gas or building nuclear power plants. America should also invest more in basic science.

For example, researchers at the Lawrence Livermore National Lab recently generated burning plasma, a critical step toward potentially infinite clean energy from fusion. Why not invest more in science to exploit the infinite frontiers of technological innovation? Let us remember that the Stone Age did not end because we ran out of stones. We need to stop focusing on minimizing the use of reliable energy and instead focus on new sources of energy.

Repealing the inflation tax is not complicated, but it is difficult to do. This requires that we begin with a goal of doing no harm. It means stopping Washington’s spending and supporting private industry to fix supply chains. It also means rethinking Biden’s green-flationary climate policies and focusing on science and innovation. Let’s be clear. Today’s inflation tax is a mess of our own making. It’s time to clean up the mess.

(Vikram Mansharamani is a Lincoln resident, lecturer at Harvard University, and author of “Boombustology: Spotting Financial Bubbles Before They Burst.”)

With Activision’s deal, Microsoft gets another scandal to clean up