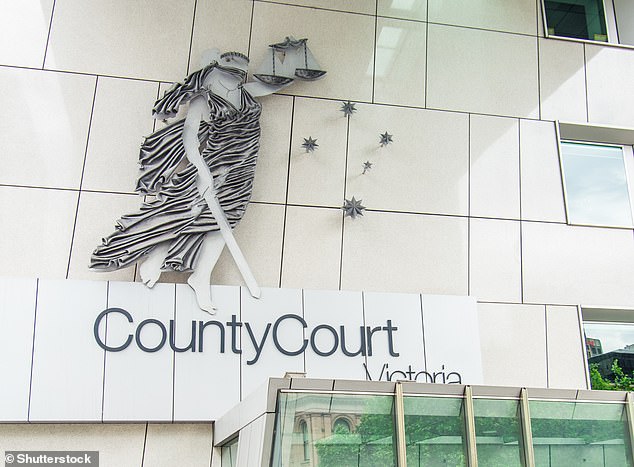 Pipe factory is fined $275,000 after a 25-year-old worker cleaning a concrete press was sucked inside and crushed to death in horrific crash

A Victorian firm has been convicted and fined $275,000 after an employee was pulled into a concrete press and crushed to death.

The Shepparton company faced Victoria County Court on Thursday, where Judge Justin Hannebery said it had failed to secure a safe system for cleaning machinery.

“Nathan Lewis died on the job (and) his loss had a profound impact on his loved ones,” Judge Hannebery said.

“Imposing a fine is not an attribution of monetary value to the life of the victim, an indication of the triviality of the offense or compensation for the victim.

“Rather, it’s a reflection of the risk-based offenses that make up occupational health and safety law.”

Mr. Lewis had been with the company for two and a half years.

He was killed after using a hammer on the conveyor rollers of the Red Radial Press to remove hardened concrete that had accumulated during production.

Mr. Lewis came into contact with a return roller on the underside of the concrete feed conveyor and was then sucked into and crushed by the conveyor.

Precast pleaded guilty to one count of failing to provide a safe work environment in May last year.

Ohio Can Lead the Electric Vehicle and Clean Energy Economy