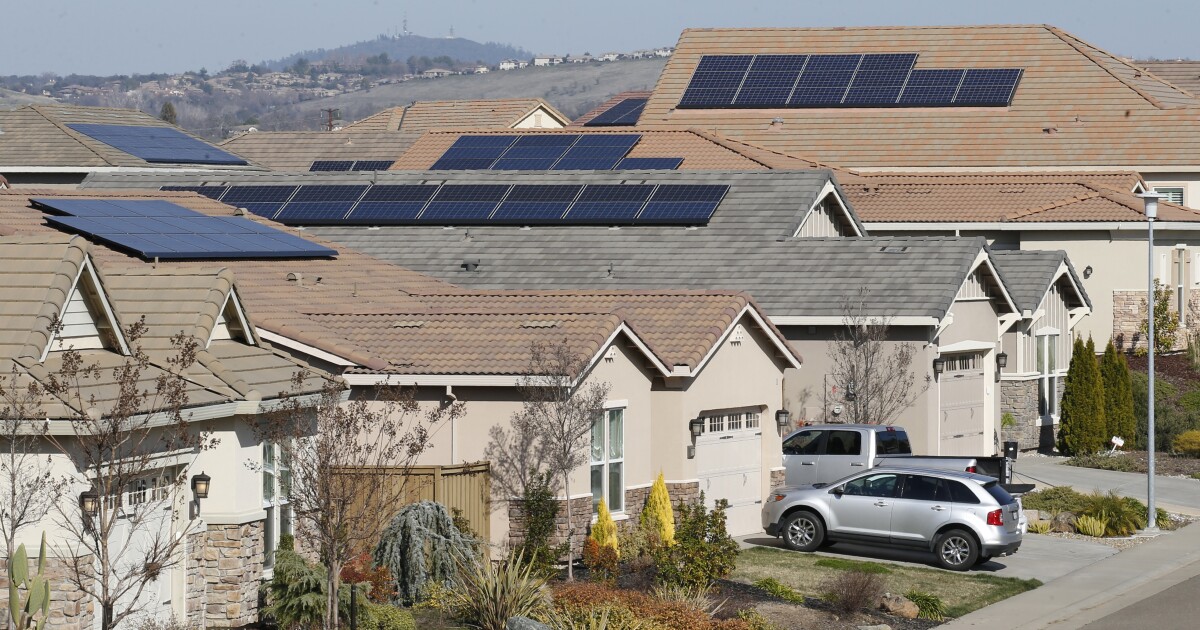 Opinion: CPUC’s move will increase the cost of solar power on rooftops

Therese is the president of Baker Electric Home Energy in Escondido. He lives in San Diego.

Days later, San Diego Gas & Electric warned county residents that some San Diego residents may be celebrating Thanksgiving with the lights out due to looming wildfire threats.

We provide this platform for free for community feedback. Thank you to all Union-Tribune subscribers whose support makes our journalism possible. If you are not a subscriber, consider subscribing today.

As a San Diego-based solar and storage entrepreneur, I see renewable energy companies playing a pivotal role in California’s battle to combat the effects of climate change today and to shape our climate future tomorrow. . Sadly, SDG&E and other investor-owned utilities, which prioritize their profit motives, disagree.

Instead of tackling rising consumer prices and obsolete power grids, investor-owned utilities are on a mission to improve California’s net metering. Net metering is the policy that makes solar energy affordable for active and middle-class consumers by allowing them to resell the excess energy they create to the grid that is used by their neighbors.

Sadly, on Monday, the California Public Utilities Commission released a proposed ruling that will make rooftop solar batteries and customer-owned batteries more expensive and therefore out of the reach of active consumers and the middle class. It adds a monthly charge for new solar customers, averaging $ 64 per month, and changes net metering with a drastic 80% reduction from the 20 to 30 cents per kilowatt hour credited today for residential customers. .

Net metering helps local businesses like ours reach working-class and middle-class neighborhoods, which today account for nearly half of all new solar customers in the state. This program has also helped our company install more than 16,000 solar projects locally, and the entire solar industry to install more than one million solar roofs in California since 1996, bringing reliable, clean energy to schools, to homes, businesses and hospitals. The current net metering program is the backbone of accessible and affordable solar power.

Squeezing solar power off rooftops as San Diego moves towards a clean energy future is counterproductive and helping no one except utility profit margins, especially at a time when our local economy is shrinking. Still recovering from the impacts of COVID-19.

Our industry is not only job intensive, but necessarily local. Baker employs over 300 San Diego residents and the solar industry employs over 60,000 Californians. This number is greater than that of workers in the five largest state utilities combined.

Sixty full-time jobs are created for every megawatt of local solar power installed. In 2019, California workers installed 1,200 megawatts of local solar power; it is the equivalent of two large coal-fired power stations. The numbers don’t lie – solar workers in San Diego and statewide install more than 3 million solar panels a year on rooftops, parking lots and farms. Stopping net metering would put tens of thousands of skilled jobs at risk, at a time when we need more good jobs, especially green jobs that provide us with resilient, reliable and renewable energy.

The California Energy Commission has estimated that California will need three times as much solar power to meet its clean energy goals and help fight climate change. Investing in rooftop solar power makes this transition faster and cheaper, saving Californians more than $ 100 billion by 2050, or the equivalent of $ 295 per year for every taxpayer in the United States. State.

Solar rooftop power also contributes to our state’s conservation efforts. Local solar power uses much less existing land, preserving and protecting our open spaces while building a reliable and resilient grid. Building 28.5 gigawatts of solar power on the roof, rather than full-scale solar power, would allow California to maintain existing uses on 148,000 acres of land, about two-thirds the size of San Diego. We could also reduce emissions by an additional 4.1 million metric tonnes over the next 30 years.

We cannot meet our lofty climate goals if SDG&E and other utilities put profits before people. We can’t begin to think about a clean energy future without clean, accessible and affordable energy in our present – a job that thousands of solar companies and workers do every day.

That’s why a huge coalition of small businesses, solar energy workers, religious leaders, schools, environmentalists, conservationists, and consumer and housing advocates is calling on Governor Gavin Newsom and the California Public Utilities Commission to scale up and save California’s solar utility power. profit taking. We urge other relevant businesses or individuals to learn more and take action by visiting www.savecaliforniasolar.org.