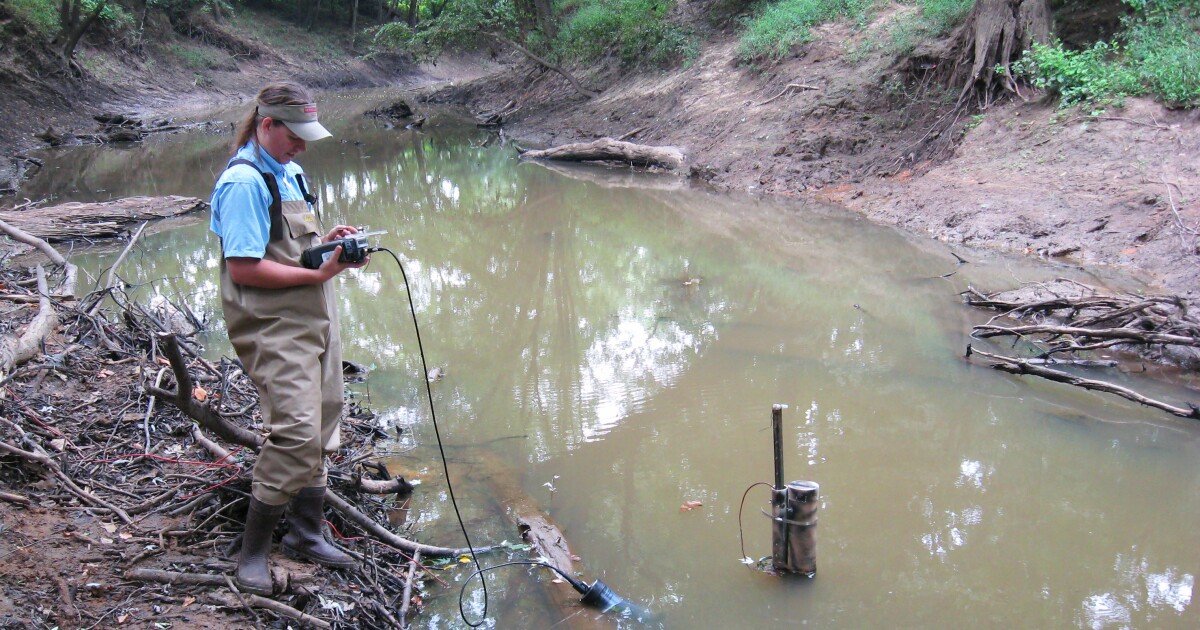 Nonpoint source pollution — contamination that does not come from a single source — is “the greatest threat to water quality in the United States today,” with serious consequences for our ecosystem. That’s according to two University of Missouri researchers: attorney Robin Rotman and engineer Kathleen Trauth.

According to the National Water Quality Inventory, 70% of lakes, reservoirs, and ponds and 55% of rivers and streams assessed in the United States are impaired by pollution and do not meet minimum water quality standards. water. Like Rotman and Trauth point out in their last articlethis has major consequences downstream.

Fertilizers and insecticides from the Mississippi River have helped create the hypoxic zone of the Gulf of Mexico, which can no longer support living aquatic organisms. These types of pollution have also left lakes and ponds in the Midwest looking like pea soup due to algal blooms and eutrophication.

According to Rotman and Trauth, reducing diffuse pollution will lead to significant improvement in water quality in lakes, rivers, wetlands, and coastal areas across the United States to benefit human and environmental health.

They say it will take an amendment to the Clean Water Act, passed almost 50 years ago. The law has done a great job of cleaning up pollution that comes from a clear source, like a factory. But it doesn’t offer strong controls on nonpoint source pollution or require runoff reduction from states and landowners.

“It’s more of a voluntary approach — more of the carrot and less of the stick,” Rotman said.

For this reason, the question of which bodies of water are covered by the Clean Water Act and how they should be regulated has been left to the courts.

“We now have 50 years of litigation until today, where the Supreme Court has tried to address this issue,” Rotman said. “It’s not good for anyone. The Court should not make the law.

Rotman and Trauth would like to see the Clean Water Act require states to adopt controls on diffuse pollution. They also advocate an amendment to the Safe Drinking Water Act to regulate agricultural pollutants that could inhibit drinking water capacity. Ideally, the amendments would form a better synergy between the two laws.

“The Safe Drinking Water Act has fairly light regulations regarding surface water quality; it’s much more focused on what’s going on in the drinking water treatment plant and the distribution system,” Rotman said. “But if the Clean Water Act could be amended to have additional source water controls, that would improve raw water consumption and ultimately improve drinking water quality.”

Overall, the pair hope their article will draw more attention to the fact that the current state-by-state approach to water quality is not working. The health of our waterways depends on a united national effort.

“Our waters do not respect state or county lines; these are really watershed boundaries,” Trauth said. “We have to have this perspective that everything is connected. These are all our waters.

Do you have a question or comment about the health of our area’s water sources? Send an email to [email protected] or share your impressions via our Saint Louis live Facebook groupand help inform our coverage.

“Saint Louis live” tells you the stories of Saint-Louis and the people who live, work and create in our region. The show is hosted by Sarah Fenské and produced by Alex Heuer, Emily Woodburyand Kayla Drake. Jane Mather-Glass is our production assistant. The sound engineer is Aaron Dorr.