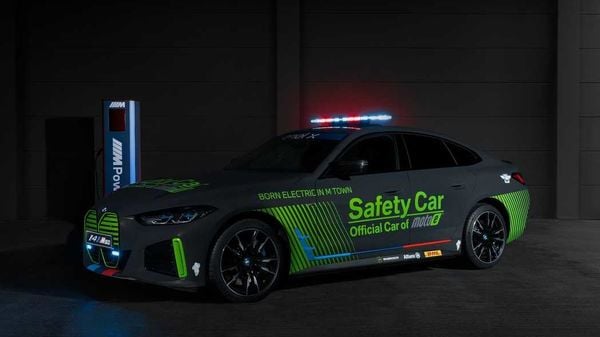 British luxury car marquee Mini unveiled its all-electric Formula E safety car in March 2020. It replaced the BMW i8 as the Formula E safety car. Now BMW is withdrawing its i8 from another event of motorsport. However, this time the post will be replaced by a brand new BMW i4 M50 electric car.

The Bavarian car giant has already unveiled its very first fully electric safety car in the form of the i4 M50. The EV is scheduled to make its track debut on August 15 at the Austrian Motorcycle Grand Prix. The event will take place on the Red Bull Ring track.

The Electric Motorcycle Racing Event is a support program for MotoGP’s flagship series. The BMW electric sedan will be present at the event where electric motorcycles will compete for the title. This will be the first time that the BMW i4 M50 will be seen on track ahead of its market launch in November 2021.

BMW M CEO Markus Flasch said that while the production version of the four-door Gran CoupÃ© hits the market later this year, the car will make its world debut on the circuit later this month. “There could not be a more suitable safety car for MotoE than the BMW i4 M50 – pure performance, all electric. We look forward to the premiere at Spielberg,” he added.