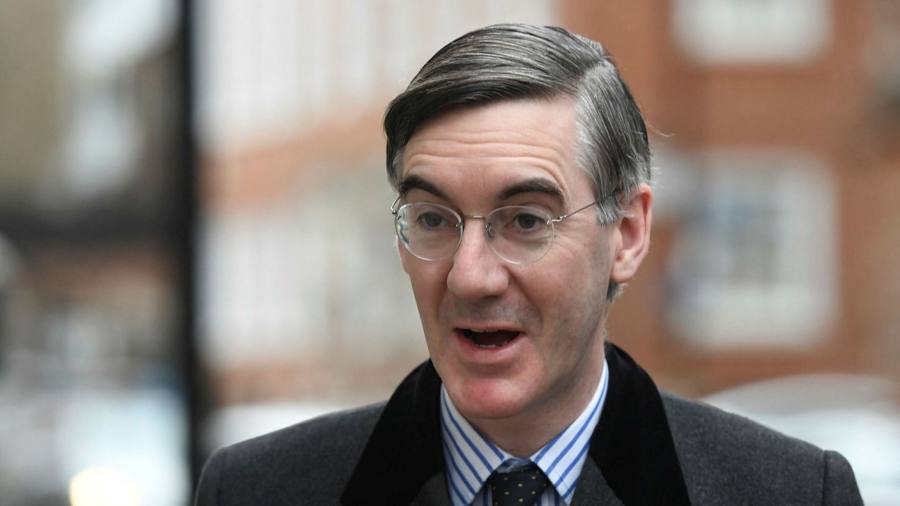 Boris Johnson was challenged by a senior cabinet minister to overturn a planned Â£ 12bn tax hike in April, as Jacob Rees-Mogg led a growing uprising in the cost of living for conservatives.

House of Commons leader Rees-Mogg told the cabinet that the hike in national insurance – intended to fund the NHS and social services – could not be justified at a time of rising inflation and energy bills sharply.

Ministerial tensions that erupted on Wednesday, confirmed by several senior officials, reflect growing pressure on Johnson and Chancellor Rishi Sunak to ease a cost-of-living crisis, which will peak in April.

Some Conservative MPs are pressuring Sunak to remove VAT and so-called â€œgreen leviesâ€ on household energy bills. Soaring wholesale gas prices could mean the price cap on average bills goes from Â£ 1,277 to Â£ 2,000 in April.

But Rees-Mogg’s call for the government to suspend a 1.25 percentage point increase in national insurance – paid for by employers and employees – is inflammatory and reflects Tory MPs’ unease at high levels of insurance. taxation.

Sunak has strongly opposed any suggestion that the hike, dubbed a “health and social care tax”, should be postponed or removed. “The money does not come from nowhere,” said an ally of the Chancellor.

A government insider briefed on the cabinet meeting said Rees-Mogg believed that “finding savings would be more frugal and responsible” than raising taxes to fund improved health care and social services.

Sunak has put Britain on track for its highest overall tax burden since 1950, but insists he wants to cut taxes ahead of the election. Some Conservative MPs believe it should start now, to help households facing soaring inflation to 6% and squeezing household budgets.

Angela Rayner, Deputy Leader of the Labor Party, said a cost-of-living “iceberg” was looming and called on the government to reduce the current 5 percent VAT rate on energy bills to zero.

Lord David Frost, former Brexit minister, resigned last month, citing his frustration with the “leadership” of the government and expressing concerns over the high level of taxes.

Colleagues at Rees-Mogg said he was also “increasingly unhappy” with the direction of government policy, including regarding the Plan B Covid-19 restrictions introduced in December, involving vaccine passports.

But Rees-Mogg’s allies insisted the minister was “a staunch supporter” of the prime minister and his program. They declined to comment on his intervention on the planned increase in national insurance.

They insisted Rees-Mogg and Johnson relations were good, despite tensions over the House leader’s support for an ill-fated plan to save disgraced ex-minister Owen Paterson by scrapping the system parliamentary standards.

The Resolution Foundation think-tank calculates the combined impact of the national insurance hike in April – which would increase Â£ 12 billion a year – and a freeze on income tax thresholds is Â£ 600 per household.

Meanwhile, CEOs of the largest household energy companies in the “Big Six” took advantage of a meeting with Business Secretary Kwasi Kwarteng to present detailed proposals on how to deal with the looming rise in bills. energy in the spring.

The two-hour meeting between Kwarteng and executives on Wednesday was apparently aimed at discussing the long-term future of the industry and preventing a similar crisis in the future. However, industry leaders took the opportunity to put pressure on the minister to either move green levies from invoices to general taxation, or to reduce VAT on fuels, or to create a mechanism to avoid damage. financial sector.

The leaders proposed a “contracts for difference” mechanism whereby companies would receive subsidies if the wholesale price crossed a certain threshold – and reimburse if it fell. However, the executives did not agree on a single mechanism for how this would work.

But a senior energy industry executive said: “The Treasury and No 10 are quite resistant to the idea that this is going to spill over into the economy at large.”

The executive pointed to forecasts by Investec economists that the sharp increase in energy bills in April could add 1.8 percentage points to inflation.