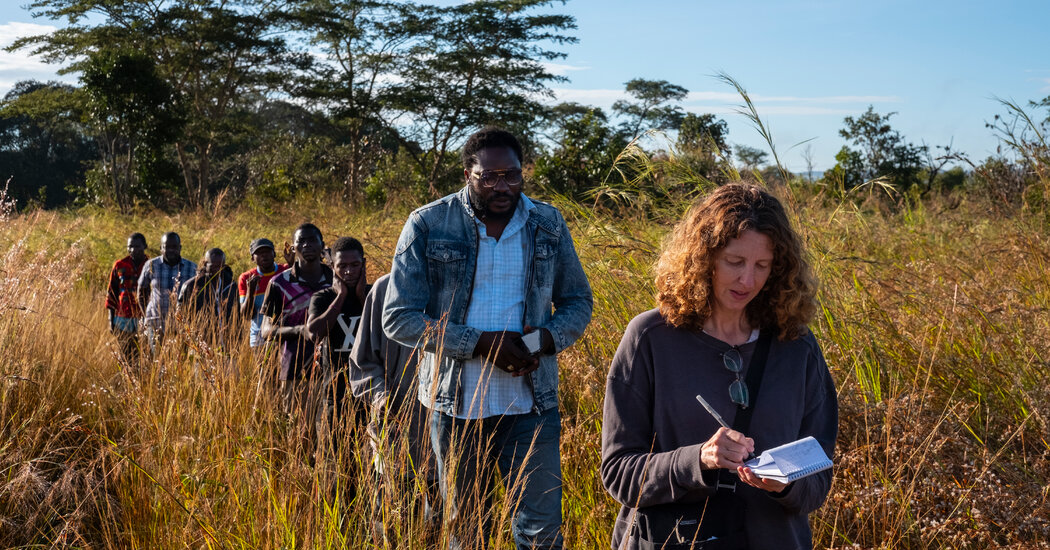 In Congo, Bolivia and beyond, where the green future begins

Like prospectors in the American West during the Gold Rush, businesses and the self-taught are flocking to remote parts of the world to harness the natural resources that will power 21st century technology.

The Times’ ongoing Race to the Future series documents the geopolitical, economic and environmental disputes that are shaping the shift from fossil fuels to electricity in vehicle technology. The Times reporters from four bureaus collaborate to shed light on the metals rush and the actors involved: local residents with pickaxes, famous investors eyeing trade deals, and government-backed companies seeking to take control .

The first articles in the series were published last month and focused on the Democratic Republic of the Congo and its huge reserves of cobalt, a component in electric car batteries. In recent weeks, other articles have featured a Chinese company that dominates the electric car battery market (it has purchased two of Congo’s largest cobalt deposits in the past five years) and competition in Bolivia, where a a quarter of the world’s known lithium – another crucial metal – is agglomerated in salt marshes.

â€œWe are at a historic moment when the fossil fuel industry is not only in decline but is in fact being replaced,â€ said Dean Murphy, the Times Investigations Editor who oversees the series. â€œThere is a lot at stake in this transition.

The race for the future began to take shape in early 2021. Eric Lipton, Washington-based investigative reporter for The Times, was struck by a push to speed up mining permits in the American West and by a World Bank report which described the billions of tonnes of raw materials the world would need to move away from oil, gas and coal. Mr Lipton wrote a note to his colleagues suggesting a survey that would focus on mining industries in several hub countries.

Race to the future

Actors of the clean energy revolution are increasingly caught in a cycle of exploitation and greed for resources. At the center of it is the quest for a precious metal: cobalt, a key ingredient in electric cars.

Mr. Murphy and a team of editors met with Dean Baquet, the editor of The Times, to discuss the scope of the project, and they embarked on a multi-part series that explores the new metal rush.

Dionne Searcey, reporter for The Times, and Ashley Gilbertson, photographer and frequent contributor to The Times, spent three weeks in the Congo this year, tracing the departure of American companies, forays by Chinese megaminers and the villagers who dug the earth beneath their homes in search of chunks of cobalt. With reporting from Mr Lipton and Michael Forsythe of the Bureau of Investigations, they documented the network of miners, politicians and opportunists fighting for control of the economic engine of the poor African nation.

â€œWe find that mining, as we all know, is not necessarily clean,â€ Mr. Murphy said. Often in practice, producing green vehicles means â€œPowering clean energy with dirty industry,â€ he said.

Days after The Times published a report on corruption allegations against a Congolese mining president, he was ousted and replaced.

In August, Clifford Krauss, who covers energy for the business office, traveled to Bolivia to travel with a temperamental Texan entrepreneur who is bidding against larger foreign investors for the right to develop the country’s lithium reserves, found in the brine seas high in the Andes. . He was joined by photographer Meridith Kohut. Lithium will be crucial for the electricity networks of the near future. Metal mining in Bolivia is burdened by politics and local groups at odds with the leftist government.

â€œThere are going to be complexities,â€ Krauss said, adding, â€œIt’s not as simple as putting a battery in a car.

Mr Krauss had planned to report on a conference on Bolivian lithium interests, but it was canceled. Earlier this month, Bolivian protesters lined roads, successfully preventing authorities from entering lithium processing sites.

The government often secures benefits, such as new roads and jobs, as it tries to extract lithium in the province of PotosÃ­, in the country’s southern highlands. But citizens are skeptical of any real change. “Politicians come, they make their promises,” Krauss said. “And then what’s going on? “

As the angling to dominate new industries continues, the Race to the Future series will continue to follow the arc of transition, capturing the power struggles and tensions of a remade economic order. The team will publish more articles in the coming weeks, including a campaign to extract metals for electric batteries from tribal lands in the western United States.

It is a ripe area of â€‹â€‹coverage for all journalism “for many years to come,” said Mr. Murphy. â€œWe’re in the middle of it all, we really are, and there is so much more to investigate, explain and share with our readers. “