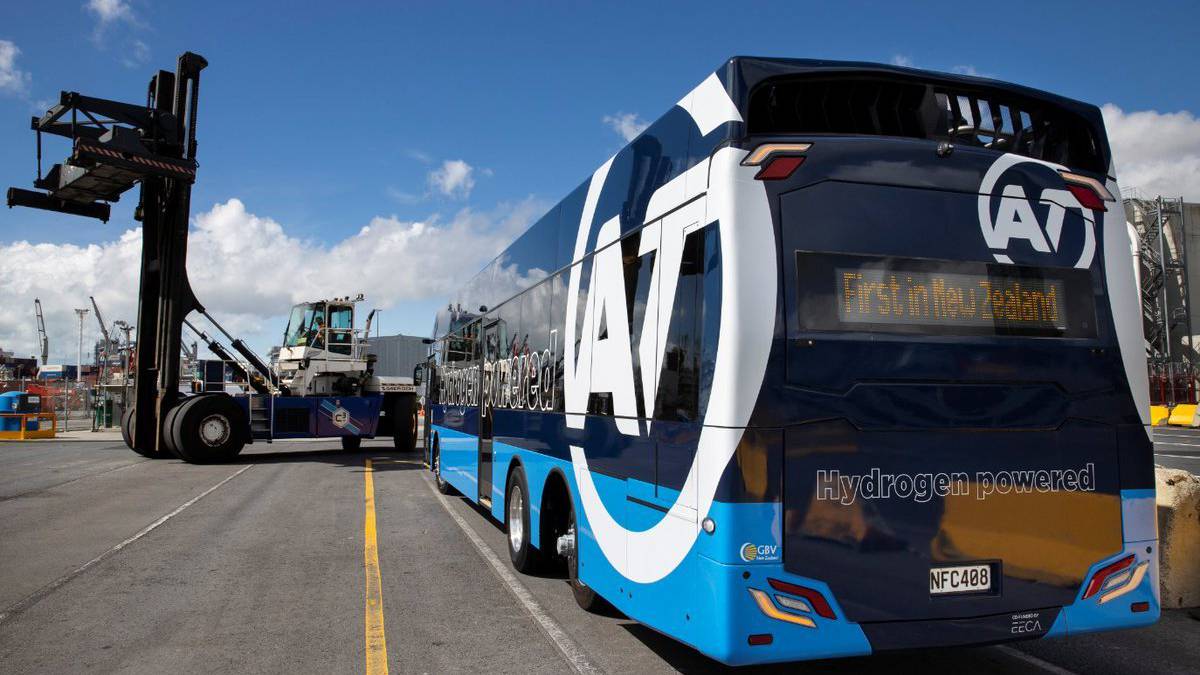 Green hydrogen: New Zealand scientists are getting closer to a future climate-friendly fuel

Scientists are set to make green hydrogen a star in New Zealand’s clean energy future, as the government injects millions more into a major research effort.

Green hydrogen has become a growing goal of New Zealand’s â€œjust transitionâ€ away from oil and gas, as it can be created in a sustainable manner, using renewable energy or biomass.

It is considered a climate-friendly way to generate electricity, run motors, heat homes, and make fertilizers.

While hydrogen is produced all over the world, it is almost entirely “brown” hydrogen – or made from coal and natural gas, and responsible for hundreds of millions of tonnes of emissions. of CO2 each year.

But green hydrogen can be made using electrolysis from renewable energy sources, leaving a small carbon footprint.

It remains expensive to produce.

This is an obstacle that a research program led by GNS Science aims to overcome, through pioneering new approaches to making the source of energy affordable, efficient and abundant.

With a boost of $ 9 million through the government’s Advanced Energy Technology Platform (AETP), scientists will move forward in developing three ways to produce green hydrogen.

This includes creating it from water using an electrolyser – currently the most common approach – but also using energy directly from sunlight to split water, as well as plasma to high energy.

Already, scientists at GNS have been working on improving a water electrolysis system called a polymer exchange membrane, or PEM.

Unlike the more commonly used “alkaline” electrolyzer, the PEM is better suited to work with the intermittent nature of renewable energy sources like wind and solar that could provide electricity for hydrogen production.

While it has the advantage of being easily adaptable to large-scale hydrogen production, PEM systems still rely on catalysts based on rare, expensive or inefficient metals – and which ultimately make green hydrogen more expensive. than fossil fuels.

Project leader Dr John Kennedy said New Zealand had a chance to be a “world leader” in the production and export of green hydrogen – moving us from importer to exporter. of energy.

Currently, New Zealand provided around 60% of its energy in the form of oil and coal – and green hydrogen offered a chance to make the country more self-sufficient. Specifically, hydrogen could replace fossil fuels for the stationary electricity and transportation industries which have contributed 40% of our greenhouse gas emissions.

â€œWe will work with partners across New Zealand and around the world, expanding our industrial capabilities and creating innovative solutions that will lead to a globally connected green hydrogen economy,â€ said Kennedy.

The project also aims to develop the hydrogen industry by training engineers, scientists and technicians.

“AETP’s funding will include grants, scholarships and internships to develop skills in the green hydrogen industry – to ensure that qualified people are available for the jobs that will be created as the ‘industry is growing,’ said Michelle Cook, energetic materials scientist at GNS Science. .

“We are particularly focused on partnerships with iwi and wananga, to support the learning and development of Maori rangatahi in the energy sector.”

The H2 Taranaki roadmap, drawn up by local agencies, has already predicted that hydrogen will increasingly be produced using electricity to split water, with the only emission being oxygen.

The report found that hydrogen could be used as a fuel, especially for heavy vehicles, as a feedstock for products such as urea or methanol, or to store electrical energy for long periods ranging from a few weeks to several years.

A new grid could include the storage of hydrogen or synthetic natural gas in depleted gas fields, he said, and the production of electricity using green hydrogen at peak gas power plants. from Taranaki.