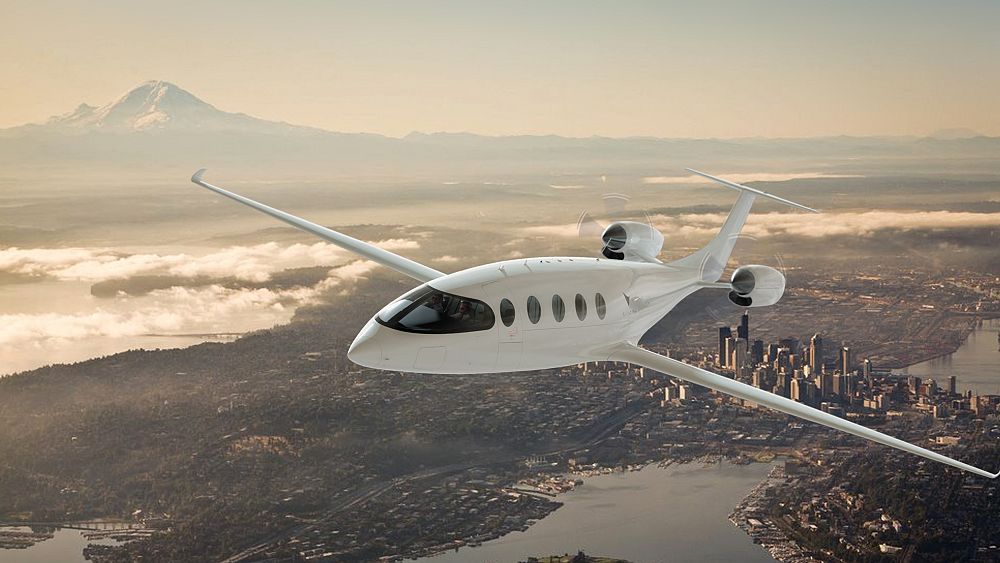 The aviation industry releases more than 900 million tons of CO2 every year, or around 3% of all man-made carbon emissions. Its impact on the planet is only expected to grow as the number of passengers increases.

There is no “magic bullet” to solve the problem of aviation emissions, but one of the avenues explored to reduce greenhouse gases is the development of electric planes.

Electrifying your trip to the other side of the planet may still be a long way off, but in recent years, significant progress has been made on short-haul journeys. Almost half of all commercial flights would be less than 800 km, which means that there is great potential for reducing CO2 emissions on these short routes.

Some aircraft already in development are capable of around 90 minutes of flight time on a single charge. And those numbers will only get better as the technology for these zero-emission vehicles improves.

Where do airlines start with electrification?

Some countries are already clinging to these advancements and investing in technology to make electric flights possible. Norway is one such nation, having pledged in 2018 to make all short-haul flights leaving its airports electric by 2040.

The country’s unique landscape with its high mountains and deep fjords means that many people depend on flights to get around between cities. Around 60% of trips made by its 54 million passengers are domestic, and the situation is similar in most Scandinavian countries.

Sweden and Denmark have also announced their intention to make all domestic flights fossil fuel free by 2030. Solutions to achieve these goals include hybrid aircraft, hydrogen engines using fuel generated from renewable energy – and electric plane.

But a network of short take-off and landing airports makes Norway an ideal candidate for zero-emission flights and here electricity is at the center of its technological advances.

Widerøe, the largest regional airline operating in the Nordics, plans to launch its first electric passenger plane as early as 2026. It has partnered with the aircraft manufacturer Rolls Royce and electric aircraft maker EVE to make it happen.

Rolls-Royce recalls that Norway has “unique characteristics which make it the ideal starting point”. It is also a leader in electric transport with more electric cars per person than any other country in Europe and the world’s first electric car and passenger ferry.

But, to make the transition to zero-emission transport possible, more countries and airlines need to commit. So where else in Europe is there an ideal candidate for electrification?

The ideal place for electric flights

The UK appears to be an obvious choice for the electrification of short-haul flights. Traveling from London Heathrow to Aberdeen is the longest internal journey at 1 hour and 15 minutes, which fits well with the restrictions of the aircraft already in development.

Even some international flights from the UK have the potential to go electric in the near future with Amsterdam and Paris around an hour from the country’s biggest airport.

A study commissioned by electronics distributor Distrelec analyzed 100 flights departing from UK airports. Based on 2019 data, he estimates that a total of 2.7 million tonnes of CO2 could be saved if the country’s domestic flights went electric.

France is another European country where short-haul flights are currently under the environmental microscope. In April, domestic journeys of less than 1.5 hours where passengers can take the train or bus instead are now prohibited.

But according to Distelec, there are also 36 popular national roads that could easily be electrified in the near future. They include flights from Paris Charles de Gaulle airport to Rennes, Nantes, Lyon, Bordeaux and Marseille.

As the ability to fly these short distances increases, European countries have more and more opportunities to electrify their domestic flights – but only if they choose to invest in the technology to do so.

What if we electrified long-haul flights?

While the goals are currently firmly set on the electrification of shorter journeys, as the technology develops it is possible that it could also cover longer journeys.

According to Juliana Kiraly of Eve Urban Air Mobility, a maker of electric vertical take-off and landing planes, anything learned from these small vehicles will “help in the development of bigger planes.”

If countries and their national airlines choose to invest in technology to green domestic flights, it will only add to the potential for more ambitious projects in the future.

Instead of choosing offset carbon emissionssays David Hild, CEO of the Fly Green Fund, airlines should look to invest that money in green technologies like electric flights.

“When we compensate, we are only paying someone else to improve.”