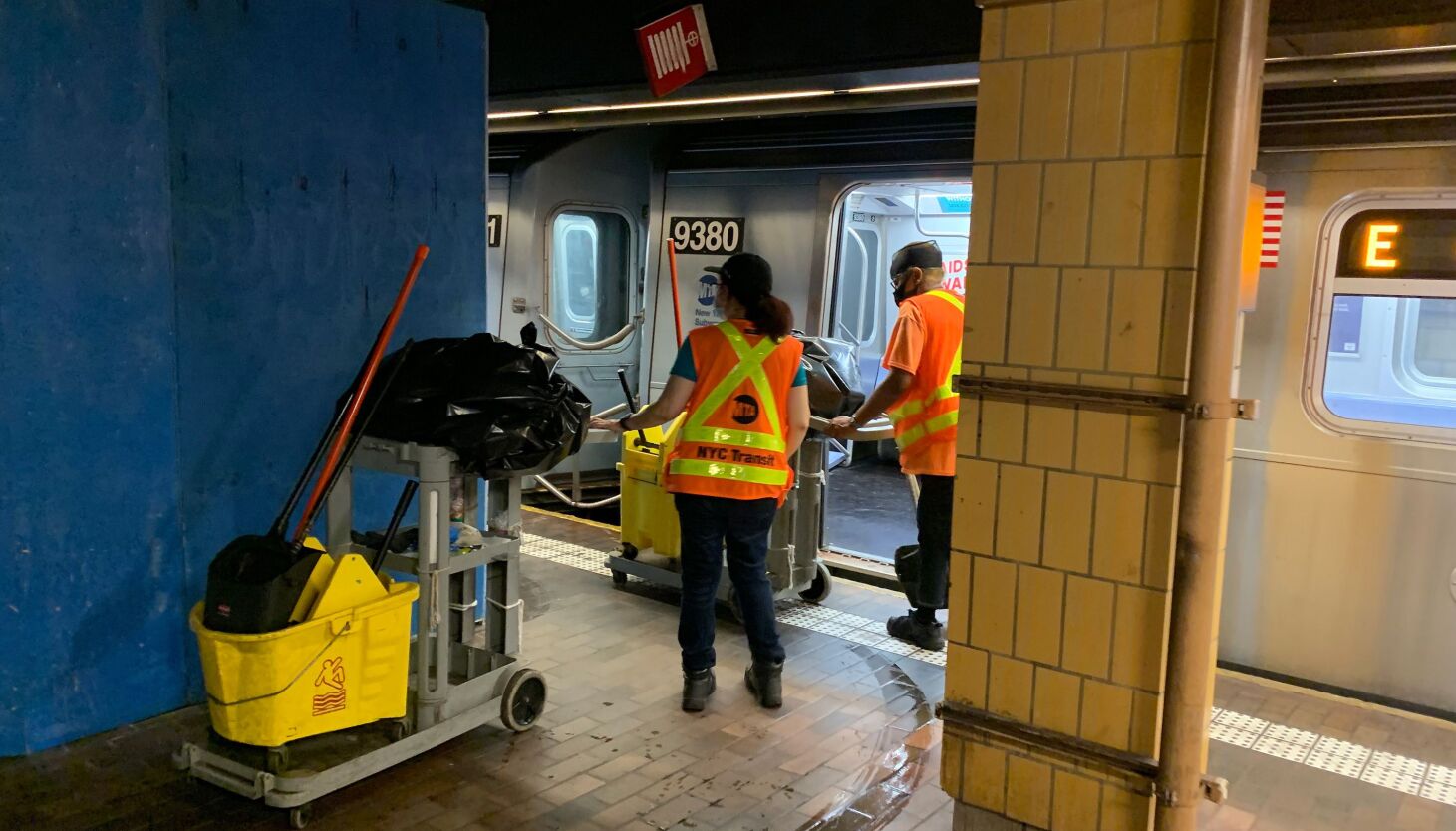 Faced with a rising tide of human waste in subway cars as station restrooms remain closed, the MTA is preparing to hire hundreds of new car cleaners, THE CITY has learned.

The number of reports of cars soiled with urine, litter and other fluids is this year on track to reach its highest levels since 2019 – even as ridership hovers at around 60% of pre-pandemic levels , according to the most recent data from the transit agency.

“It’s bad, it’s bad,” said Matt Ahern, an official with the Transportation Workers Union Local 100 which represents subway car cleaners and inspectors. “Listen, when you have people living in the car and using it as a kitchen and a toilet, they’re going to get filthy – that’s a harsh reality.”

Ahern told THE CITY relief is on the way in the form of “several hundred” new car cleaners. A July 8 job posting for transit cleaners on the MTA’s website says applications are being accepted until August 31. Pay starts at around $19 an hour, rising to $31.71 after six years.

“The battle is out there every day for labor with the growing homeless population,” Ahern said. “Anything you can imagine they do in a car, they do.”

At the Jamaica Center-Parsons/Archer terminal on the E line, several car cleaners told THE CITY they regularly encounter dirt on cars that need to be taken out of service to be cleaned.

“Homeless people just mess on the train, they use the train as a bathroom,” a veteran car cleaner who didn’t want to be identified by name at the E line’s Queens terminal told THE CITY. “They go on seats, they defecate between cars, they don’t care.”

The MTA declined to comment on hiring plans, saying only to expect “updates and additional information” at the agency’s July 27 board meeting.

“The unsanitary conditions are a challenge for our professional cleaners, who work hard every day to ensure trains and stations are clean for passengers,” spokeswoman Meghan Keegan said. “We continue to maintain a robust cleaning regime and monitor terminal locations where the dirtiest cars are identified to adjust staff as needed.”

There are currently 913 subway car cleaners, including 345 assigned to end-of-line stations, according to the MTA. During the pandemic, the agency also relied on contracted cleaners to clean trains.

“They’re trying to get the traffic back,” Ahern said. “Well, nobody wants to get in a dirty subway car, so that’s all part of it.”

“They do whatever they want to do, on trains, in elevators, in stations,” said Paris McGhee, a 49-year-old homeless man who sometimes sleeps on the subway at THE CITY at Jamaica Center-Parsons. /Archer terminal on the E/J/Z lines. “Late nights nobody’s there, I walked in and, oh, man, that’s bad!”

Meanwhile, the 76 stations that have toilets – around 16% of the metro system – have had their stalls closed since the start of the pandemic.

And there is no timetable for their reopening, with MTA officials citing concerns about safety and a lack of resources.

Jacquelyn Simone, policy director for the Coalition for the Homeless, said it was “definitely past time” for subway station toilets to reopen.

“People need somewhere to go,” she said. “And if there are no clean and accessible toilets, there will be public urination and defecation, it’s as simple as that.”

MTA officials said the restrooms will reopen once the agency has enough cleaners and can ensure the facilities are safe for cleaning.

“The MTA prioritizes cleaning station platforms and train cars used by millions of New Yorkers and will not compromise the safety of its passengers and staff by opening public restrooms at a time when resources are stretched thin. are not available to also provide bathrooms with the necessary cleaning and security,” spokesman Dave Steckel said.

In April, filmmaker Jack Zullo tweeted to the transit agency about a “half-naked” man who was smoking on an F train bound for Coney Island during the evening rush and apparently had got dirty and the floor.

“He was sitting there, basically being alone in his own little world and sitting in his own mess,” Zullo, 44, told THE CITY. “I felt sad because this person really needs a home where they can be taken care of.

“Unfortunately, we don’t live in a world where these services are easily provided or readily accepted by someone in this situation,” he added.

Earlier this year, Mayor Eric Adams and Governor Kathy Hochul launched a plan to reduce homelessness and crime on the subway by increasing the number of social workers and police on trains and at stations. .

“The first week, we only had 22 people accept our offer,” Adams said last week when opening a Bronx facility for people struggling with addiction and mental illness. “Now we’ve taken 1,700 people out of the subway system because we hired them.”

Simone, from the Coalition for the Homeless, said the need for toilets extends beyond those sheltering in the subway.

“Public officials recognize that we have a serious problem with a lack of public access to public restrooms,” she said. “Nobody wants to pee on a subway train, do they? Nobody wants to do that.

Get the inside scoop from THE CITY

Subscribe and receive the latest stories from THE CITY every morning

Thank you for your submission!

Lucid Air could be the most efficient electric car