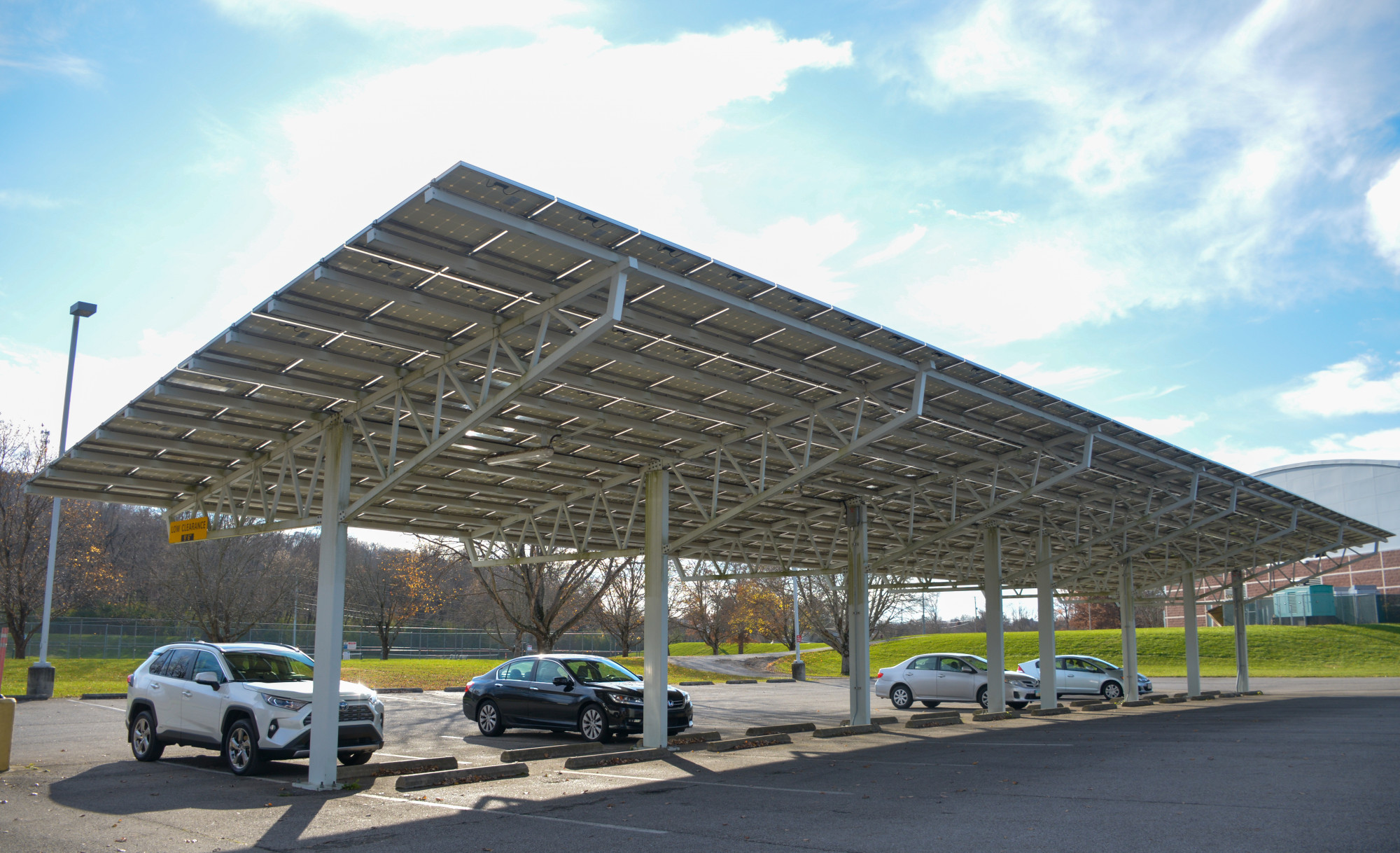 When driving through a hilly area of ​​Athens, or even down busy East State Street, it’s more common than ever to see solar panels on residential homes and city properties.

Renewable energy sources, such as solar power, have become easier to implement as an alternative to non-renewable energy to power homes and businesses. People in Athens and across the country are increasingly aware of their ecological footprint and what they can do to reduce it.

Several nonprofit organizations in the City of Athens, such as Rural Action and the Sustainable Ohio Public Energy Council, work with residents and businesses interested in implementing alternatives to solar energy. The Athens City Council has also sought to invest in solar power throughout the city and is planning a project with Third Sun Solar.

In recent decades, climatologists have stressed the importance of reducing the damage caused to the planet by climate change, and under certain circumstances, solar energy can contribute to this.

Solar energy is a renewable energy source that can be used to power homes and businesses using panels that capture energy from the sun. Athens residents and local businesses are banking on solar power in hopes of reducing their overall carbon footprint and potentially saving money on their electricity bills.

To install solar panels in a company or a house, there are different permit process according to which the installation is intended. Third Sun Solar and Ohio American Electric Power, or AEP, both offer free consultations to homeowners and businesses and dispatch crews to install solar panels locally.

For residential homes, the panels can be attached to rooftops or the grounds of a property. Residents can submit a request to the city by mail or to the code office. There is a $50 application fee, which is then applied to the final cost of a permit.

Athens resident John Schmieding said he wanted to use solar power to reduce his carbon footprint. The panels on his roof have been installed for about 4 years and they have significantly reduced his electric bill with the AEP Ohio division.

“In terms of cost, I think our projection was eight to nine years to pay for (the solar panels) from the savings, and then after that it’s all savings,” Schmeiding said. “But I think one of the biggest reasons (for using solar power) is really climate change. The electricity we used to get was often coal-generated, and that was not a good thing. So , the fact that we make it from panels and that we do not produce any pollutants or greenhouse gases, that is really our main objective.

Schmieding also added that the panels reduced his energy bill and that the billing process was simple for AEP.

“But I think one of the biggest reasons (for using solar power) is really climate change. The electricity we used to get was often coal-generated, and that was not a good thing. So , the fact that we make it from panels and that we do not produce any pollutants or greenhouse gases, that is really our main objective.
—John Schmieding

“I think we used to pay $50 to $60 a month, now we’re more like paying $10 to $15,” Scmeiding said. “It’s all automatic. Our system is linked to their network. So they suck in the extra electricity when we don’t need it, and it works like a normal cycle as far as us and AEP are concerned. We receive a monthly invoice and this is paid and our solar production is deducted from the invoice. »

Tre Spencer | For the job

A set of solar panels mounted on the home of John Schmieding, an Athens resident who powers his home entirely with solar energy on November 22, 2021.

Although many customers have had positive experiences with solar power, Ohio AEP said that for some it might not have been as profitable as they hoped.

“The use of solar power has been steadily increasing year on year for the past 12 years,” an AEP spokesperson said in an email. “There may or may not be savings for customers who use solar power. We have received feedback from customers who say they have saved money and others who say their costs have increased.”

However, for some, like Schmieding, the switch to solar power was more about reducing carbon emissions.

Commercial business owners can also submit an application for ground or rooftop solar panels. The application process differs depending on the size of the project. Businesses must pay a state-issued permit fee that ranges from approximately $618 depending on the square footage of the building. Finally, they must pass three separate state inspections.

In addition to efforts within the city, the federal government has also sent money for solar expansion in the area. According to a precedent To post report, the Sustainable Ohio Public Energy Council, an Athens-based nonprofit that works in the region to increase access to solar energy, has received a $100,000 grant from the States Department of Agriculture United to provide free solar assessments to businesses.

“We offer this to any small business in the state of Ohio, as long as it qualifies as a small business…and is in an eligible rural area as defined by the USDA Office of Rural Development “, Roberts said. “We work with dozens of companies every year, just helping them take the first step into solar power.”

Roberts also said there is a grant from the USDA’s Rural Energy for America program that businesses can apply for. This helps businesses upgrade to renewables or improve their energy efficiency. The grant is also a 25% reimbursement for all project costs associated with the installation of signs.

Residents and businesses aren’t the only ones who can benefit from solar power. Athens City Council heard a proposal in October for a new solar energy project. The project aims to save money over time, and it would result in reduced energy bills for several community spaces over the next few years. The plan is still in its early stages, but City Council Speaker Chris Knisley said it should start this year.

Ben Ziff, general counsel, noted that with the cost savings, the city will not see an immediate decrease in energy bills for locations where the new panels might be installed.

“I think it will be almost the same, realistically,” Ziff said. “I don’t think there will be as many financial incentives directly for us. Later, once we are able to purchase these facilities, we will start to see huge financial benefits, but that will be later. For now I think the focus is just on the fact that it’s such a big carbon emitter… (and) the main focus is just to make a much greener version of it Energy.

Ziff also said he has heard little concern about new solar projects being proposed by residents of Athens, except for some East Side residents.

“I haven’t really heard strong opposition to having a greener city, especially with this large amount of (carbon) offsetting,” Ziff said. “I know I heard concerns from several people when they first talked about the location or worried about the East Side Community Garden and Dog Park, but none of those will be seriously affected. This is the only reservation I have heard so far, and it was lifted fairly quickly.

In October, the Athens City Council heard a proposal from Third Sun Solar introducing a plan that would provide solar power to several locations in the city: the Athens Public Library, the Athens Dog Park, the Athens Community and Athens Canopy Pool.

Apart from city advocacy, Athens also has local organizations interested in increasing the use of more sustainable energy measures. Rural Action is a non-profit organization focused on sustainable and environmentally friendly economic growth in Appalachia and advocates for expanding access to renewable energy solutions in the region.

“There’s been a shift in mentality, certainly across the country, and as much as it’s changed in Appalachia in Ohio,” Conley-Ballew said. “I think people are more determined than ever to find solutions to their energy needs and think more about where their energy comes from and how it is generated. I think people are becoming more aware of the impacts of coal and the impacts that coal has had on our region. »