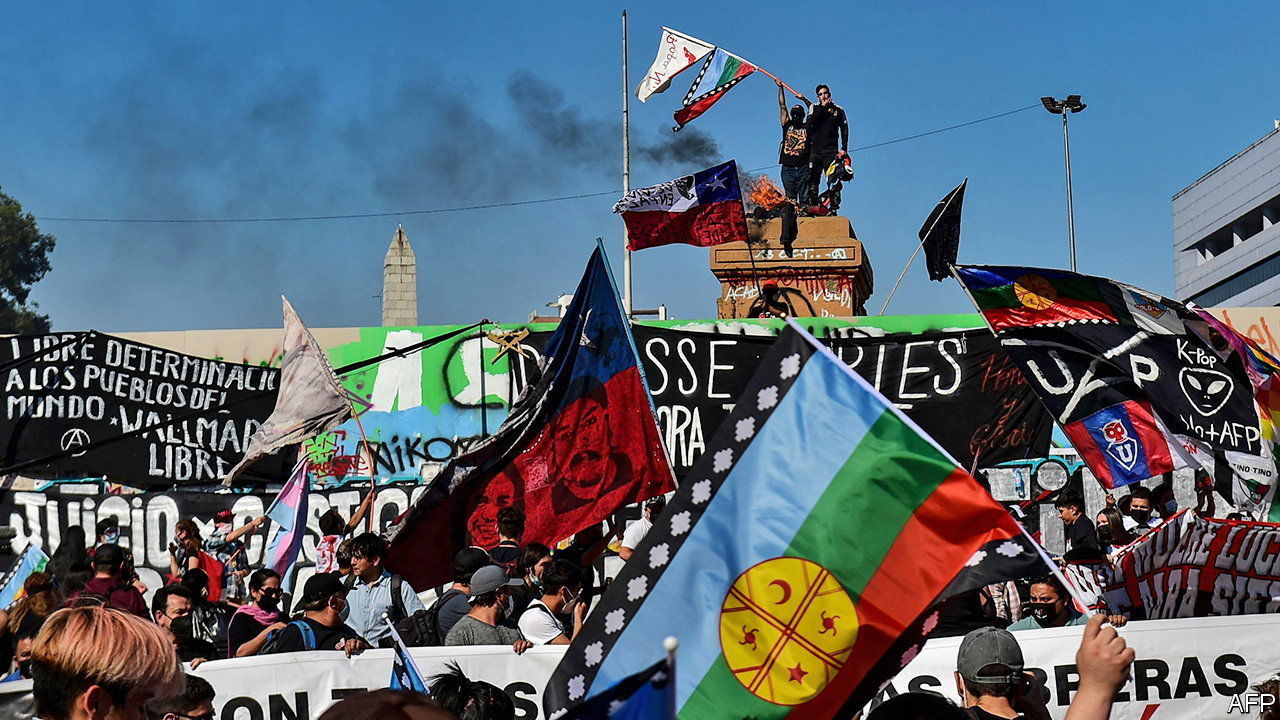 Chilean voters are on the verge of a terrible mistake

FOR MORE this century, Chile was a stable and predictable country, with steady economic growth and moderate politics. Foreigners saw it as a success and a model for Latin America. But this stable Chile disappeared two years ago, in an explosion of massive and sometimes violent protests. Discontent had built up and politicians seemed unable to cope with slower growth and reduced opportunities, especially for young people. A plan to hold a convention to draft a new constitution calmed protests and appeared to offer a peaceful solution to the kind of grievances that have plagued many countries in recent years. But Chile has yet to regain its balance, as a polarized presidential election on November 21 likely shows.

Enjoy more audio and podcasts on ios Where Android.

In a vote for the constitutional convention in May (in which only 43% participated), support for the far left rose as it dried up for traditional parties. As a result, the convention became a theater of awakening, with calls for war against pivotal industries such as mining (accounting for over half of exports) and agriculture for export (over 30 %), as well as more justified demands for a greater role for the state in pensions, healthcare and green regulation. Optimists say that a realistic and modernizing constitution can still emerge; pessimists fear a utopian list of unaffordable rights and anti-capitalism.

Likewise, Gabriel Boric, the far left candidate, seems poised to win the presidential election. Former student leader, he is a Democrat. But some of its allies, including the Communist Party, are not. Much of the left did not condemn the criminal violence of a hard core of protesters and opposed the very popular deployment of the army to quell a low-level insurgency among some Mapuche, an indigenous group in the south. .

Mr Boric wants to increase tax revenue by 8% of GDP over six to eight years (impossible, say many economists) and review trade agreements in order to engage in industrial policy. The laudable intention is to diversify the economy, but in ways that seem likely to do far more harm than good. Mr Boric may well prove to be more pragmatic than his program suggests. But many Chileans are alarmed by it and by its allies.

This is why support has increased for JosÃ© Antonio Kast of the hard right. He exploited fears of disorder, violence and uncontrolled immigration, offering a mano dura (a firm hand). His promise of deep tax cuts just when Chileans want better services is as illusory as Mr Boric’s revenue target. While Mr. Boric promises the most left-wing government since the chaotic socialist-communist administration of Salvador Allende, Mr. Kast proposes the most right-wing government since the dictatorship of General Augusto Pinochet, whose crimes he sometimes denies. Neither offers the combination of stability, economic growth and reform the country needs.

The apparent advantage of extremes owes much to the discrediting of politicians from the two dominant coalitions – and their loss of self-confidence. Some have adopted populist measures, such as letting workers spend 30% of their retirement savings, guaranteeing a future pension crisis. None offer a convincing counter-narrative to the radicals. In fact, the past 30 years have been a far cry from the disaster in which they are now described.

The boasting of utopia

There are two moderate candidates, Yasna Provoste from center-left and SebastiÃ¡n Sichel from center-right. One or the other, and especially Ms. Provoste, would offer the hope that Chile could withdraw from its dangerous polarization and find a new consensus. The Chileans would be wise to vote for them, in particular to incite MM. Boric and Kast to move to center if they reach the inevitable second round next month. It is high time the Chileans come to their senses and see the merits of the moderate record they are about to disown. â–