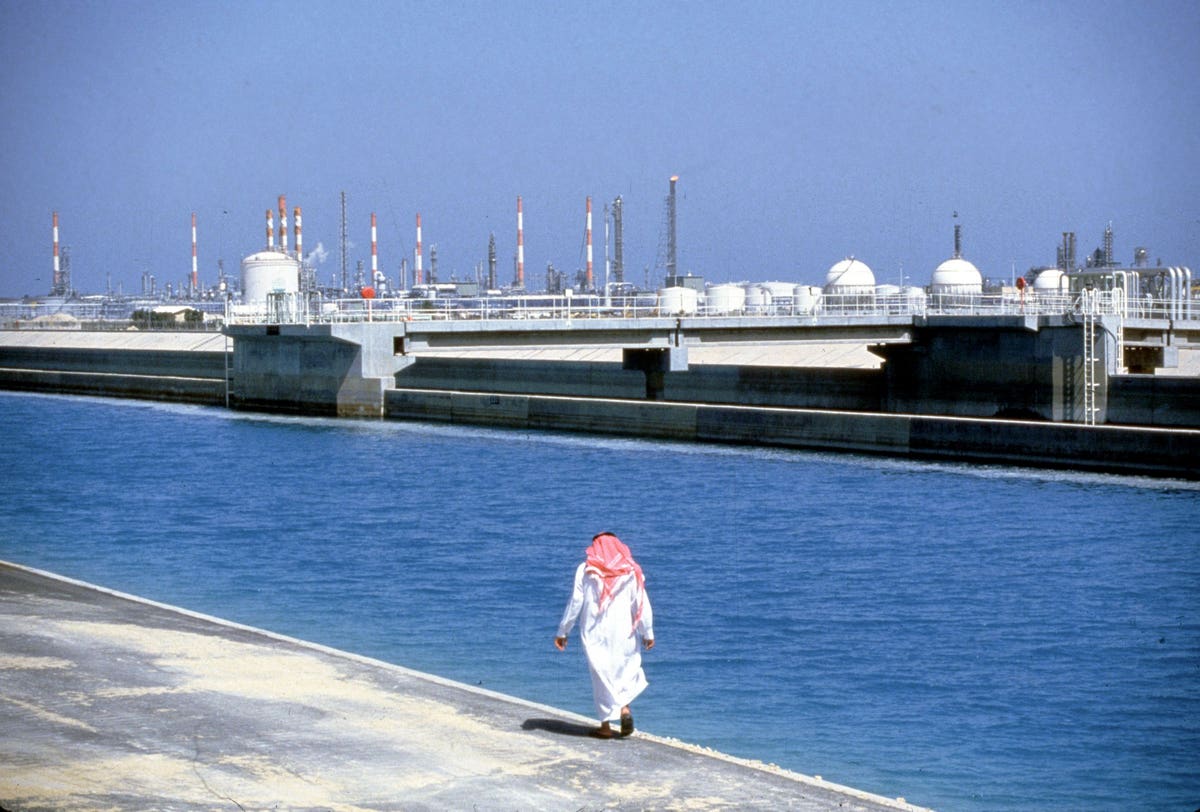 A new climate city in a major oil state – Saudi Arabia – is it a future or a fantasy.

Reading this futuristic vision can provide temporary respite from the calamities of war.

Oil and gas states are considering low-carbon climate hubs – local clusters of innovation and industrial start-ups that can focus on reaching critical mass to become sustainable and self-sufficient.

Oil giant BP is building a hydrogen hub in Teesside, an industrial hub in the north of the UK. It will produce hydrogen from methane and get rid of carbon dioxide, a by-product, by injecting it deep underground. Heavy industry will use hydrogen as a fuel to reduce its greenhouse gas (GHG) emissions. But they are also considering adding hydrogen to the natural gas supply pipeline.

New South Wales, Australia is building two new renewable energy hubs, based on wind, solar and big batteries. Investments for the first 3GW have been so successful that a second capacity zone of 8 GW is planned.

But a new kind of hub – a climate city or eco-city – set in a harsh, isolated desert seems a bit speculative.

Saudi Arabia is the second largest oil producer in the world, with the United States in first place and Russia in third place. Together, these three countries produce 43% of the world’s oil.

But it’s still a bit of a surprise that Saudi Arabia has floated a vision for a new climate city in a desolate stretch of desert between the Red Sea and the country of Jordan. Crown Prince Mohammed Bin Salman (MBS) is driving this, as part of his vision for a greener Saudi Arabia.

The city called Neom is part of Saudi Arabia’s Vision 2030. Land features of the $500 billion Neom project will include:

· A green city that is built in a straight line for 100 miles, without cars, but with a super fast train.

· An autonomous government whose laws will be chartered by the investors.

· A narrow city, called the Line, will be 110 miles long and built in stages, one block at a time.

· Each block will be designed to be durable and self-sufficient. Schools and grocery stores will be easily accessible on foot or by bike.

· A vast expanse of solar panels will provide inexhaustible energy, as the city will be powered entirely by renewable energy.

Another part of the project will be an offshore port city called Oxagon which floats on the Red Sea. This industrial hub plans to welcome tenants by 2022.

Further up the coast will be a coral reef restoration project, slated for construction by 2025 – just three years from now.

Neom is a big vision, but only one block has been built so far. A satellite image reveals rows of houses, a swimming pool, a football pitch and a golf course.

The plan is to be self-sufficient in food using greenhouses and vertical plantings. Given that Saudi Arabia imports 80% of its food, this will be a challenge in the midst of a harsh desert.

Another serious obstacle is fresh water. The solution is for the water to come from desalination plants, which Saudi Arabia knows well because half of the country’s water comes from such plants.

In the United States and Australia, desalination is on the edge of commercial profitability when powered by fossil fuels. But the process is hampered by salt by-products and a few other questionable chemicals that are usually dumped into the sea.

In Neom, desalination operations are expected to be powered by renewable energy such as solar, although this has never been attempted. Ideally, salt will become raw material for industry.

The Saudis have quietly dipped their toe into the climate revolution in a few areas:

· Liquid hydrogen from Saudi Arabia and the United Arab Emirates is exported to Japan.

Egypt plans to invest in hydrogen and battery electricity storage, and together with Saudi Arabia plans a 1 GW (giga-watt) grid-scale battery that is more greater than the best in current operation (300 MW or mega-watt).

· Egypt and Saudi Arabia have commissioned wind farms of 400 MW and 1.7 GW.

But in other ways, such as at COP26, Saudis have spoken out in defense of the economic necessity of oil and gas for many decades. This is understandable since oil and gas is the main industry in the country. And in the Middle East, fossil fuels are so cheap that there is no incentive to start a transition to renewables.

This illustrates the dilemma the oil and gas industry finds itself in with climate change. But a perspective on the Middle East offers valuable insight into the dilemma.

There will be electric vehicles (EVs) everywhere, but the world will still need asphalt to pave the roads they drive on. There are other down-to-earth considerations as well. Air conditioning is essential for Saudi Arabia, but switching to renewable energy will not be easy.

The International Energy Agency (IEA) says fossil fuels must be reduced by 4% each year to control global GHG emissions. But if the energy is owned and managed by a national government, as is often the case in the Middle East, it will take a lot of time and effort because private companies cannot go it alone and the inertia of the government slows everything down.

It is estimated that the payback time for a company undertaking a transition to renewable energy will be 7 to 10 years. That’s too long for most for-profit businesses. Fossil fuel companies would need to shift from a “short-term” profit goal to a “long-term” profit goal if they decided to embrace renewables.

Globally, a business model is needed to transition energy infrastructure to net zero, which can cost $140 trillion. Who from the oil and gas industry and national governments will provide the money, and how will it be spent?

A business model must include a balance between investment recovery and climate action. There is no blueprint for this — fragmented efforts, yes, but no unified approach.

Rich countries have more money to lead the way and develop climate solutions. But a mechanism is also needed for rich countries to help poor countries during the transition. Previously, oil and gas were cheaper than renewable energy for developing countries, some of which are in a situation of energy poverty. But that position has been challenged in Australia, where new renewables are cheaper than new coal or gas plants. This greatly simplifies the challenge.

Takeaway, Neom is a grand vision of a climate-sustainable city in a desolate landscape and an adjacent seaport. But this is just getting started, and several aspects, including the water source, will be closely monitored as the city grows.

Saudi Arabia has the money to make it happen, and Neom’s progress will help decide whether it’s a token climate venture or a real alternative to reducing the country’s dependence on oil and gas.