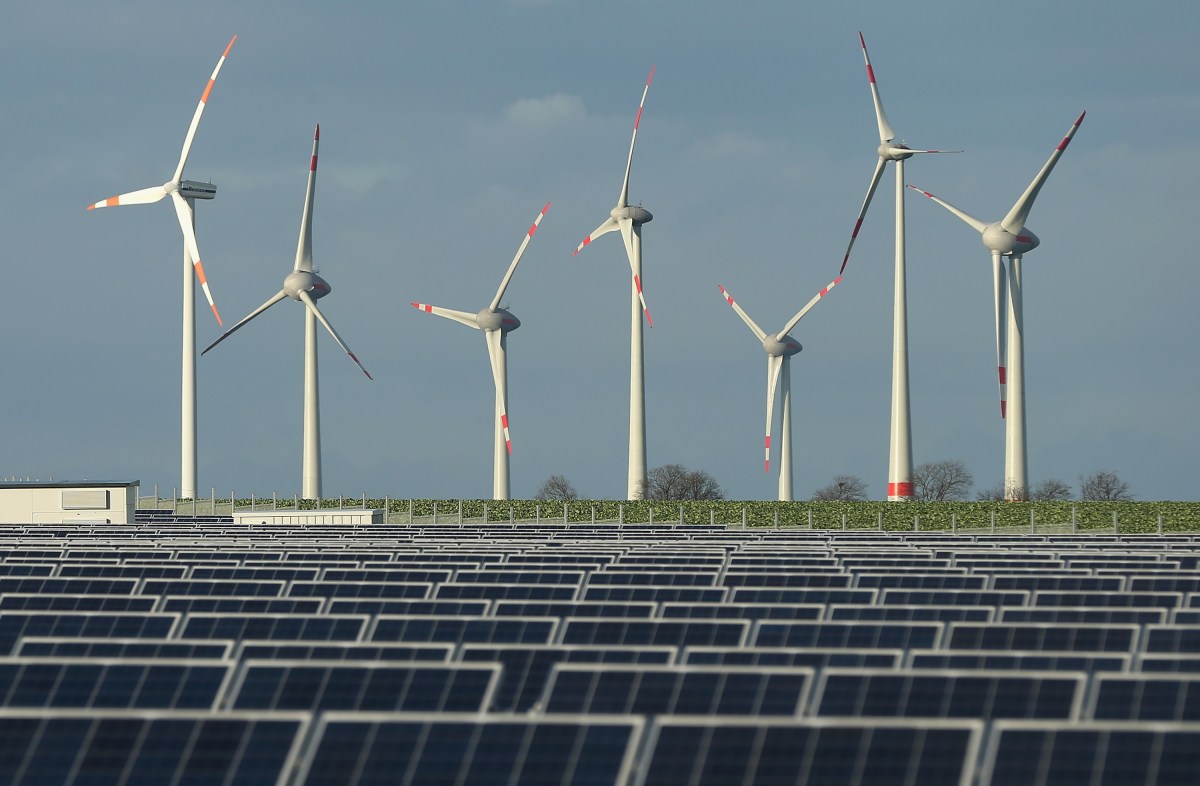 It has been more than six years since the Paris climate agreement was adopted and 196 countries have agreed to limit global warming and also to work towards a climate neutral world. But the sobering warnings about climate change continued, along with the political deadlock over how to proceed.

In a new book, “Confronting Climate Gridlock: How Diplomacy, Technology, and Policy can unlock a clean energy future,” Daniel Cohan, a professor at Rice University, argues that a substantial move towards cleaner energy requires a three strands.

“As an atmospheric scientist and environmental engineer, I’m mostly focused on technologies — that’s what we think is most of what we need to be able to clean electricity; what we need for cleaner cars,” he said in an interview with Marketplace’s Andy Uhler.

“But these won’t make it to market and they won’t help cool the climate unless there are policies that force them to deploy them nationally. And what we’re doing domestically isn’t enough because we’re only 1/7 of global emissions so we need diplomacy to take what we’re doing here in the United States and make sure it starts to be applied in other parts of the world as well.”

The following is an edited transcript of the interview.

Andy Uhler: You basically compartmentalize into three different compartments that we need to focus on. Break them down for me. There are three ways out of this impasse of the climate change discussion, aren’t there?

Daniel Cohan: Right. So as an atmospheric scientist and environmental engineer, I focus primarily on technologies – that’s what we think most of what we need to clean electricity, what we we need for cleaner cars. But these won’t make it to market and they won’t help to cool the climate unless there are policies that force them to be deployed at the national level. And what we’re doing domestically isn’t enough because we’re only 1/7th of global emissions so we need diplomacy to take what we’re doing here in the United States and make sure it starts to be applied in other parts of the world as well.

Uhler: Now, when we talk about “clean energy” or “clean energy”, it’s rather trendy. But what does this mean for the average person? How to think about clean energy?

Cohan: Well, none of us want to think too much about electricity – even here in Texas, where we’ve had trouble with the grid. So we want electricity to continue to work for us reliably and affordably, but to start coming from cleaner sources – wind, solar, nuclear or maybe geothermal one day, rather than coal and gas that have dominated the network for decades. And so, what we need is a transition that replaces those dirtier fuels with clean fuels while still doing all the electricity we need, and doing more in the future, as we begin to electrify our cars and further electrify heating and industry.

Uhler: And that’s where a lot of diplomacy and politics come in, I guess, because you have an ingrained industry that’s going to oppose exactly that.

Uhler: I’ve thought about it a lot – whether or not there’s a conflicting relationship between things like geoengineering and this type of adaptation that a lot of people are talking about in this space, and mitigation. What do you think? Can the two work together? And it seems that by nature they have to, right?

Cohan: Well, we are going to have to adapt to a warmer climate because even if we do our best, we are still going to live in a warmer climate. And so we’re going to have to adapt to stronger heat waves and stronger droughts and stronger hurricanes, more flooding. But it shouldn’t be seen in opposition, we have to do both – we have to both adapt and we have to mitigate. We need to switch to clean energy; we need to reduce our emissions so that warming doesn’t happen so quickly.

Uhler: Something you and I have talked about before is that the atmosphere, the Earth doesn’t care where the carbon molecules come from. At the same time, you point to the United States as a country that plays, can play, and should play a central role in the fight against climate change. What makes us unique to be able to do this?

Cohan: The United States is absolutely essential in the fight against climate change. Some people point out that we’re not number one in emissions anymore because China passed us, but we’re a pretty big number two. We are historically responsible for more emissions. We emit more per person than almost anyone else. And what makes us really essential is that we are still the largest economy. Thus, the choices we make about the goods we buy; on the rules that we set for international trade — a lot of that dictates what ends up being made in other countries, the rules that other countries adopt. And one thing that I’ve really looked at in watching diplomacy is that there are other countries that have more ambitious climate policies. The European Union has a much more robust carbon emissions market and huge costs it imposes on industries for their emissions, but it generally fails to ensure that these policies extend beyond its borders. While what the United States really does is to be reciprocal; says that if we start taking action, when we do something, we usually insist that our business partners come with us as well. You even hear in Congress talking about whether we ever had a carbon tax, being sure that it was applied in the form of tariffs on goods that were imported. We haven’t done enough on climate policy yet — but if we did, I think we’d be much more likely to bring supporters with us than the Europeans and others have realised.

Uhler: There’s a great little story at the beginning of the book where you talk in college that you were fascinated by this idea. What happened?

Cohan: Yeah, I guess in a way you could see this book as an extension of my seventh grade project for Mrs. Dixon. To age me, I was going to college when James Hansen, the famous NASA scientist, testified before Congress and said that global warming is real and that we are the cause of it. And it had the extra momentum that it exhibited during the hottest summer in Washington, D.C. history in 1988. And I don’t think that would even rank among the twelve hottest summers, we got ourselves warmed up so quickly. But it’s remarkable how much of our understanding of climate change and what’s causing it is really, for the most part, the same as where we were in the 1980s. solve have changed dramatically. Solar has plunged 90% in cost. The wind has plunged 80% in the last 11 or 12 years alone. The solutions towards which we can strive are therefore very different from what they were at the time.

Cohan: Things like wind and solar power can already really supplant the dirtiest forms of electricity, and we just need to build them faster; we’re not adding them fast enough. There are other technologies where we really need a big breakthrough. We do not yet have sufficiently affordable heat pumps. We don’t yet have next-generation nuclear technology that’s cheap enough, if at all. Geothermal is really on the verge of becoming something that I think could really take off. What I also see, however, is that what makes these advanced technologies cheaper cannot simply happen in the lab. We need policies that bring them into the market, that get them adopted more – because if we can adopt them then they’re at that point; although they are not cheap enough, this can lead to economies of scale; which can drive what technologists call learning-by-doing. And as you do more and more things, the costs have gone down. And so we have to take that learning-by-doing that made solar energy cheap, and we have to repeat that for geothermal; for clean hydrogen; for so many other technologies as well.

Uhler: Much of this book is about solutions. One thing you often talk about is small-scale actions. And I think that’s exactly what you were talking about; some kind of industry bringing these ideas and innovations to normal people. There are actions people can take that actually make a difference, right?

Cohan: Right. So there’s always this debate between individual action and policy, but policies really work by people adopting these technologies and buying them. And sometimes those early adopters are what it takes to make things affordable. So whether it’s buying electric cars and helping to reduce those costs, or whether it’s companies like Google that decided they were going to start buying geothermal electricity even before it is not as cheap as wind and solar, because they want clean electricity. These trailblazers, whether individuals, businesses, or local governments, can really create a market and help move things to the point where they become more affordable for everyone.

There’s a lot going on in the world. Through it all, Marketplace is there for you.

You rely on Marketplace to break down world events and tell you how it affects you in a factual and accessible way. We count on your financial support to continue to make this possible.

Your donation today fuels the independent journalism you rely on. For just $5/month, you can help maintain Marketplace so we can keep reporting on the things that matter to you.

3 homes ordered to evacuate after landslides, no other buildings at risk, Whitehorse mayor says